Book Your Flight to Ljubljana Now and Pay Later 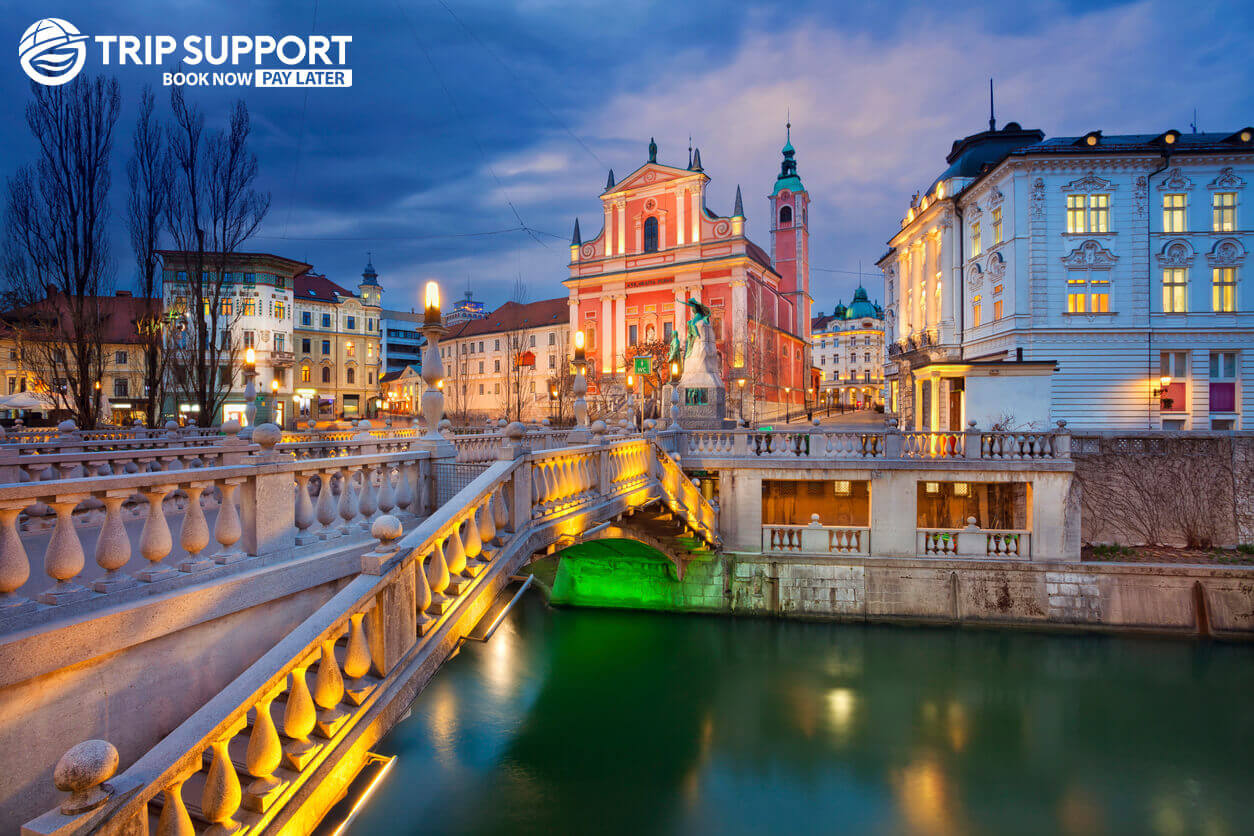 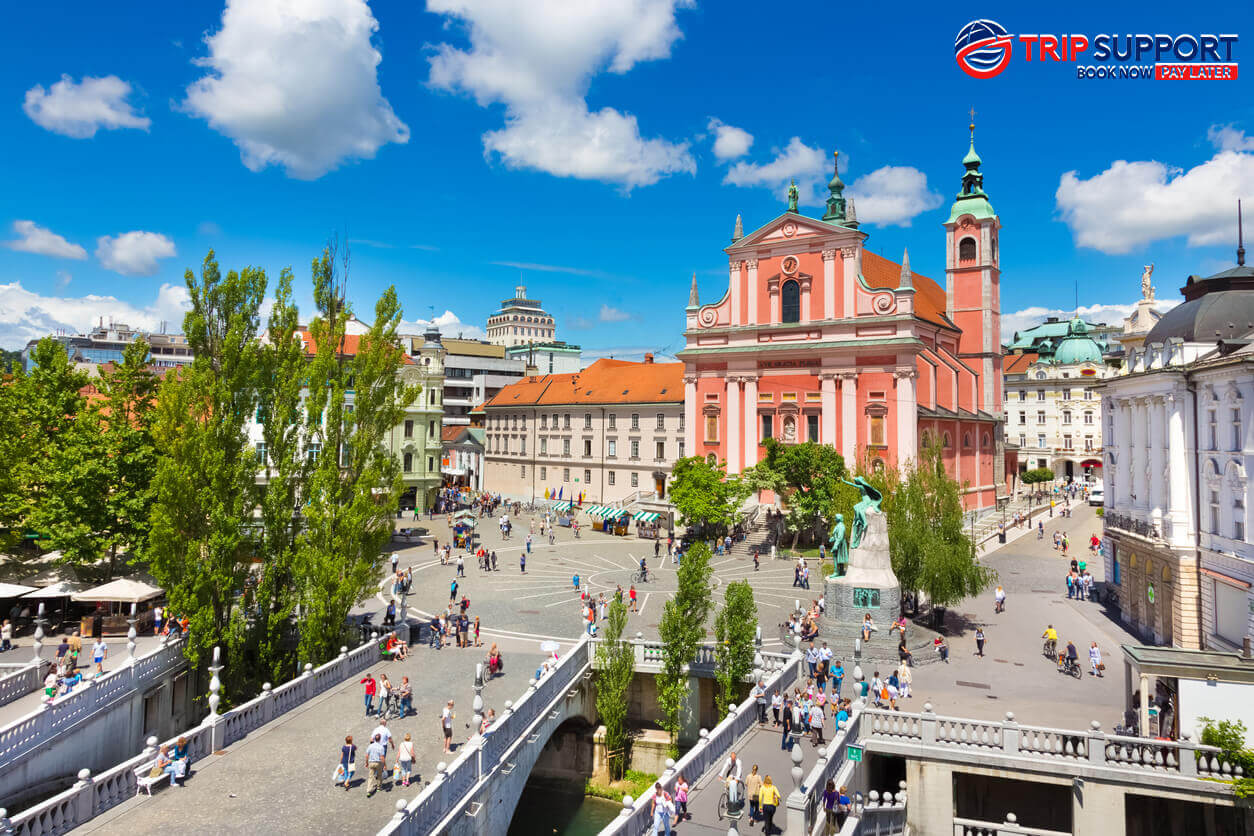 Ljubljana is Slovenia’s capital with many historical sights, well-preserved architecture and many wide-open green spaces. The winding Ljubljanica River separates the old town and the commercial hub, with many outdoor cafes along the riverside.

The student population keeps Ljubljana alive and vibrant with a buzzing nightlife. When you come to Ljubljana, there is always plenty to see and do no matter the season. The locals love to see tourists and share their culture, so you are sure to have a wonderful trip.

The best time to visit Ljubljana is from April to May or from September to October. These spring and fall months deliver mild to cool weather that is pleasant for sightseeing. Also, you benefit from hotel prices being lower than during the peak summer season and the packed winter holidays.

Keep this in mind when you book your flight to Ljubljana from Toronto. There are many great Air Canada flights to Ljubljana Jože Pučnik Airport, also known by its former name of Brnik Airport.

You can find hotel rooms, apartments, bed and breakfasts, guest houses and hostels for your trip to Bergen. There are plenty of options in every price range. Many of the best options are near Prešernov Trg. The historic square between the Old Town and the Central District is where many of Ljubljana’s main attractions can be found.

The Grand Union Executive is right by Prešernov Trg. With nice rooms, a spa and cafe you have everything you need at this 4-star hotel. The Art Nouveau building projects the vibe of old-fashioned luxury.

For luxury digs, you will love the InterContinental Ljubljana. If you are not unwinding in your modern room, you might be enjoying lunch at the rooftop restaurant, working out in the gym, or indulging in a spa treatment or dip in the indoor pool. Not far from Ljubljana Castle, this hotel is in the perfect location.

The old town is charming and you can easily spend half a day exploring the quaint streets, sipping coffee in the little cafes and shopping for local souvenirs. In the old town, you will find three iconic sights of Ljubljana. The pink Franciscan Church, the monument to poet France Prešeren, and the Plečnik’s Triple Bridge. You can use electric golf buggies called kavalirs to get around the old town and they are free to use. You will probably find yourself exploring the old town many times during your trip because it is the heart of Ljubljana and one of the nicest parts of the city.

You will see many bridges around Ljubljana. Another famous bridge is the Dragon Bridge that crosses the Ljubljanica River near Vodnik Square. It was built in the 20th century when Ljubljana was part of the Austro-Hungarian Empire. Four giant winged dragon sculptures guard the ends of the bridge and look quite fierce and imposing. Previously a wooden bridge called Butchers Bridge had been there since 1819.

Ljubljana has many museums, including the National Museum of Slovenia, displaying historical exhibitions, and the Museum of Modern Art, home to 20th-century Slovene paintings and sculptures. There are also plenty of art galleries and in the old town, you might meet a local artist working on the latest masterpiece.

Ljubljana Castle sits on Castle Hill above downtown Ljubljana and is an inspirational landmark to the residents. Formally a medieval fortress, it was likely constructed in the 11th century. Today the castle is used as a cultural venue with interactive walks via an app with a glass of wine served at the end. The castle is depicted on the city’s coat of arms with a dragon on top.

Tivoli City Park is the largest park in Ljubljana and a wonderful place for a scenic walk, picnic or photoshoot. There are play areas for kids and stunning garden features like statues and fountains.

For fresh fruit, vegetables and local produce such as cheese and milk, head to the Ljubljana Central Market. The farmers market is open every day except Sundays.

A river cruise is a relaxing way to spend a few hours. Since the river goes through the middle of the city, you can see many interesting buildings and nice landscapes on both sides. There are a few companies with rustic wooden boats that make the adventure even more exciting. You can go on a group boat trip to be social and meet new friends or book a private trip if you feel you want a romantic experience with your loved one.

Useful information and questions about Flights to Ljubljana.

You can email us to request a change to an existing reservation at info@tripsupport.com. Please mention your name and confirmation number in the email. You can also contact us at 1-855-606-0606.
If your booking is eligible for cancellation, it may be subject to an airline cancellation fee of up to $250 CAD per passenger. For more information, please contact us at 1-855-606-0606.
Most discounted airline tickets are non-refundable. The tickets we provide are the most economical but come with this restriction.
Yes! Trip Support offers a Book Now Pay Later system, where payments can be made in installments before clients’ vacations and flights. Uniquely, we offer this approach without the need for credit checks and extra boring, time-consuming documentation. We believe that people should be able to travel regardless of their credit score
The most popular airline that flies to Ljubljana is Lufthansa.
Travel in Ljubljana is currently possible, but there are differing safety precautions in place depending on your vaccination status. For more information, please visit https://www.slovenia.info/en/plan-your-trip/all-you-need-to-know-for-a-healthy-and-safe-vacation-in-slovenia
Assuming that you’re travelling from Toronto Pearson Airport, there are no direct flights to Ljubljana. Flights typically have a layover.