Book Your Flight to Moscow Now and Pay Later 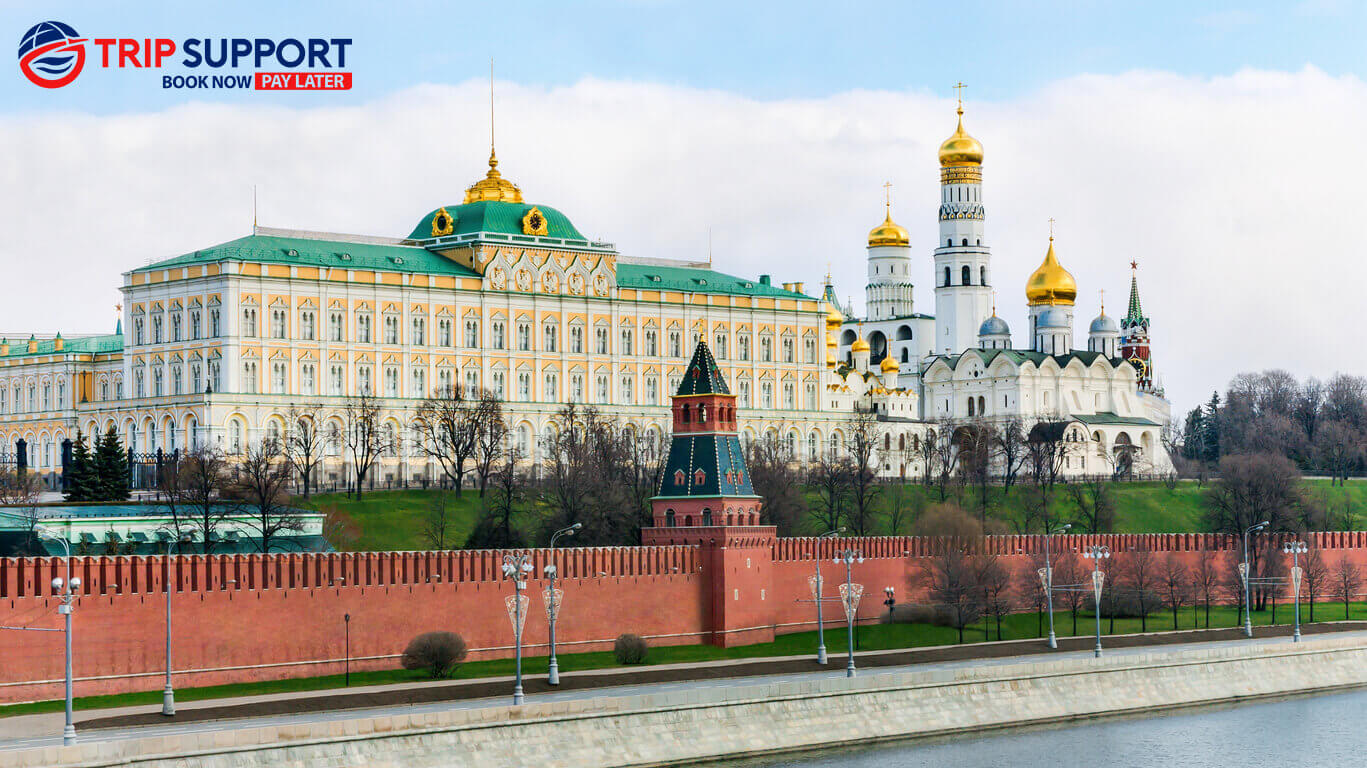 The capital of Russia and home to the Kremlin, Moscow is a city full of historical and cultural wonders. The city has many sides ranging from modern and high-tech to traditional and ancient. 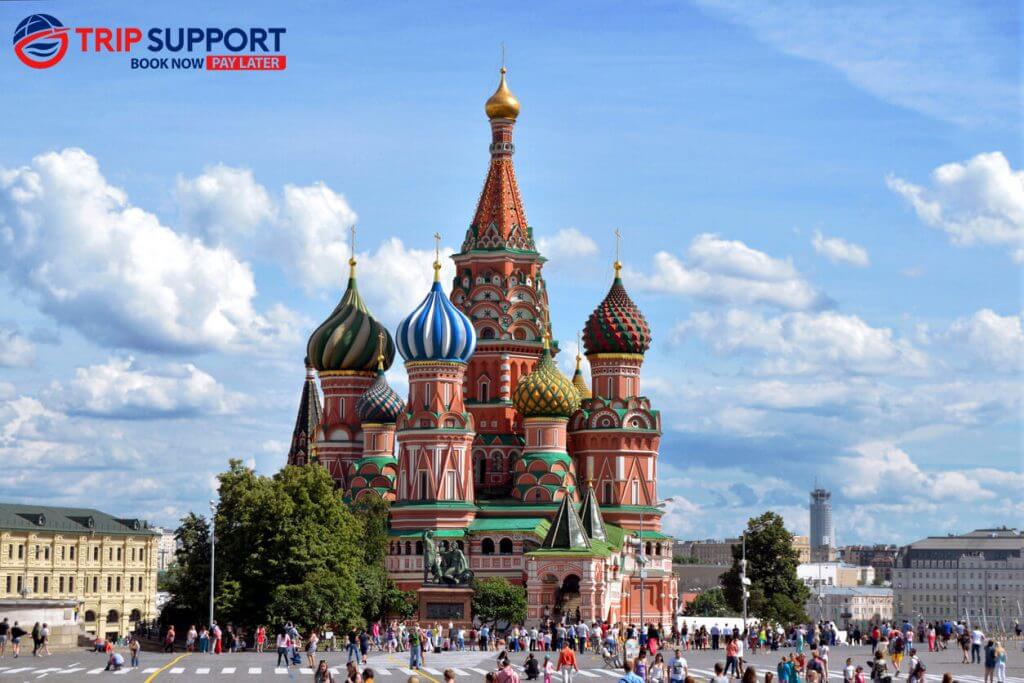 The largest city on the European continent is highly populated and busy even in the low season. For example, more than six million people use the Moscow metro daily, making it the third busiest metro on the globe. Private guided tours are recommended as it can be hard to navigate your way around such a busy place where language can be a barrier.

April and May are great months to travel to Moscow because the temperatures are pleasant with frequent sunny days. Hotel rates are reasonable in these months. Summer is lovely, but costs rise and so do the crowds. If winter is your vibe, then November or April will be the best time to visit Moscow.

Keep this in mind when you book your flight to Moscow in Russia from Toronto. There are lots of great Lufthansa, Turkish Airlines and Air Canada flights to Moscow.

If you happen to land in Moscow around Christmas, you will see the city covered in twinkling lights and a festive atmosphere of music, Xmas markets, food, and celebrations. A festival called Journey into Christmas goes from mid-December to mid-January, and with the snowy backdrop, it is a wonderful winter wonderland.

The accommodation in Moscow is quite affordable and you can get a room at a branded hotel like Marriott for a rate considerably lower than many other countries. Kitay-Gorod is in the heart of Moscow and a lively and interesting area to stay in. Basmanny is great if you are a family traveling. For budget options look around the Presnensky area and if you want the party scene, Tverskoy is your place. Zamoskvorechye is a historic area near the Kremlin and Moskva River. 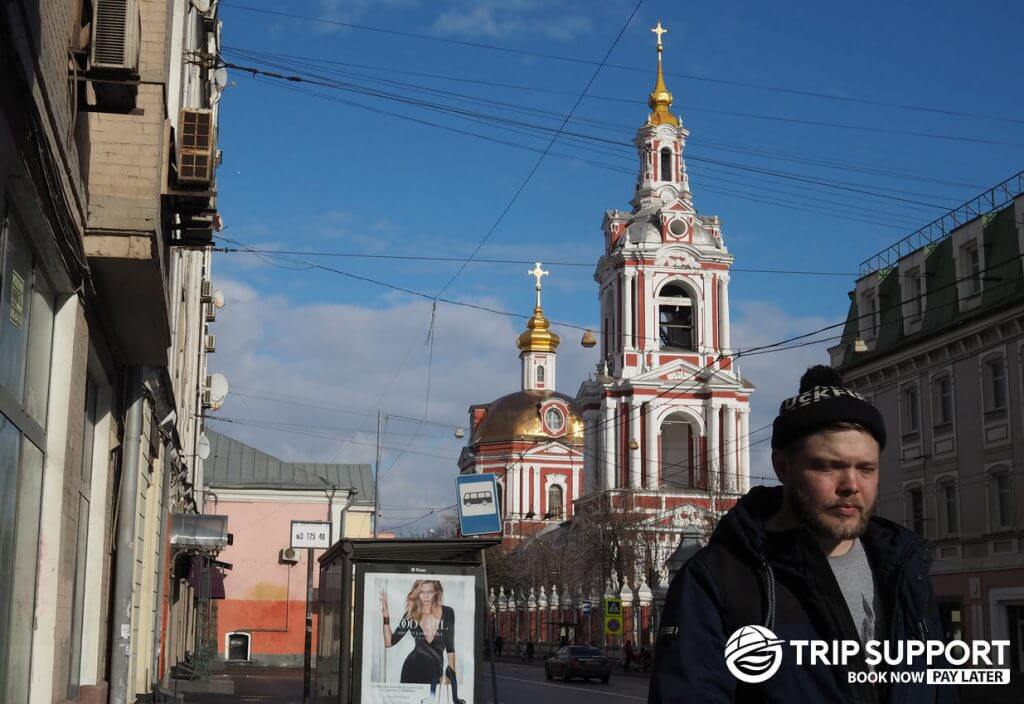 Here are some top picks to check out:

Four Seasons Hotel Moscow is a stylish 5-star hotel near the Red Square. You have beautiful views while relaxing in absolute luxury at one of the finest accommodation options in Moscow.

Petroff Road Boutique Hotel has a grand exterior with regally-styled rooms to match. A rich history comes with the building and the staff is well-versed in many fascinating stories of the past.

Hilton Moscow Leningradskaya is based in one of the Seven Sisters skyscrapers near the Leningradskiy Train Station and the metro. Rooms, atmosphere, and service are all outstanding, and the indoor swimming pool is pure heaven.

Moscow’s heart is the iconic Red Square and site of St. Basil’s Cathedral, recognized by the colourful domes that stand out for miles. Red Square is one of the oldest and largest squares in the city. Since 1990 it has been a UNESCO World Heritage Site attracting visitors from around the globe.

The cathedral is also known as the Cathedral of Vasily the Blessed and the Orthodox Church, now a museum. It dates back to 1555, when construction began on orders from Ivan the Terrible. Make sure you see it at night as well as in the daytime.

Also at the Red Square is Lenin’s Mausoleum, also known as Lenin’s Tomb. The Soviet leader Vladimir Lenin’s preserved body is on public display. He died in 1924.

There are many art galleries and museums in the city for art and history lovers. Be sure to see the State Tretyakov Gallery that dates back to 1856 when the Moscow merchant Pavel Mikhailovich Tretyakov started collecting art creative by Russian artists. In 1892 he gave his collection to Russia to be enjoyed by everyone. Allow some time because there are over 130,000 exhibits, including Theotokos of Vladimir and Andrei Rublev’s Trinity to the monumental Composition VII by Wassily Kandinsky and the Black Square by Kazimir Malevich. 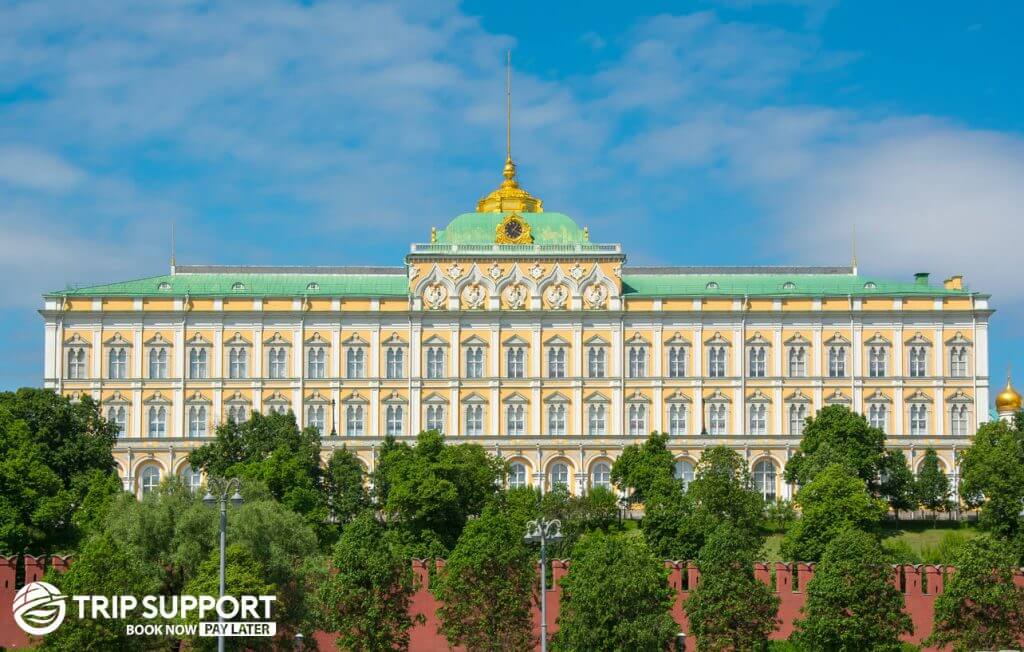 Another must-see site is the Moscow Grand Kremlin Palace. It is the world’s largest medieval fortress and a UNESCO World Heritage Site with towers, palaces, squares and ancient churches. The palace on 27.5 hectares was commissioned in 1838 by Czar Nicholas I, constructed from 1839 to 1849 and is now the official residence of Russia’s president.

Russians love their food and drink and you will find many delicious new dishes and drinks to try. Book a food tour to sample many of the hearty and comforting traditional foods of Russia. Kasha is the most common meal in Russia and a great place to start your foodie adventures.

Arbat Street is a 15th-century historical walking street about 1 km long where you can see interesting architecture and see street performers including talented mime artists, busking poets and dancers, as well as souvenir stores, art stalls and quaint cafes.

You can book now and pay later and go to Moscow with Trips Support. Get your pay later flight to Moscow in Russia by Trip Support today!

Useful information and questions about Flights to Moscow.

You can email us to request a change to an existing reservation at info@tripsupport.com. Please mention your name and confirmation number in the email. You can also contact us at 1-855-606-0606.
If your booking is eligible for cancellation, it may be subject to an airline cancellation fee of up to $250 CAD per passenger. For more information, please contact us at 1-855-606-0606.
Most discounted airline tickets are non-refundable. The tickets we provide are the most economical but come with this restriction.
Yes! Trip Support offers a Book Now Pay Later system, where payments can be made in installments before clients’ vacations and flights. Uniquely, we offer this approach without the need for credit checks and extra boring, time-consuming documentation. We believe that people should be able to travel regardless of their credit score
The most popular airline that flies to Moscow is Lufthansa.
Travel in Moscow is currently possible, but the COVID-19 situation in Russia could be volatile, so double vaccination is highly recommended. For more information, visit https://wwwnc.cdc.gov/travel/notices/covid-4/coronavirus-russia
Assuming that you’re travelling from Toronto Pearson Airport, there are no direct flights to Moscow. Flights typically have a layover.