Book Your Flight to Madrid Now and Pay Later 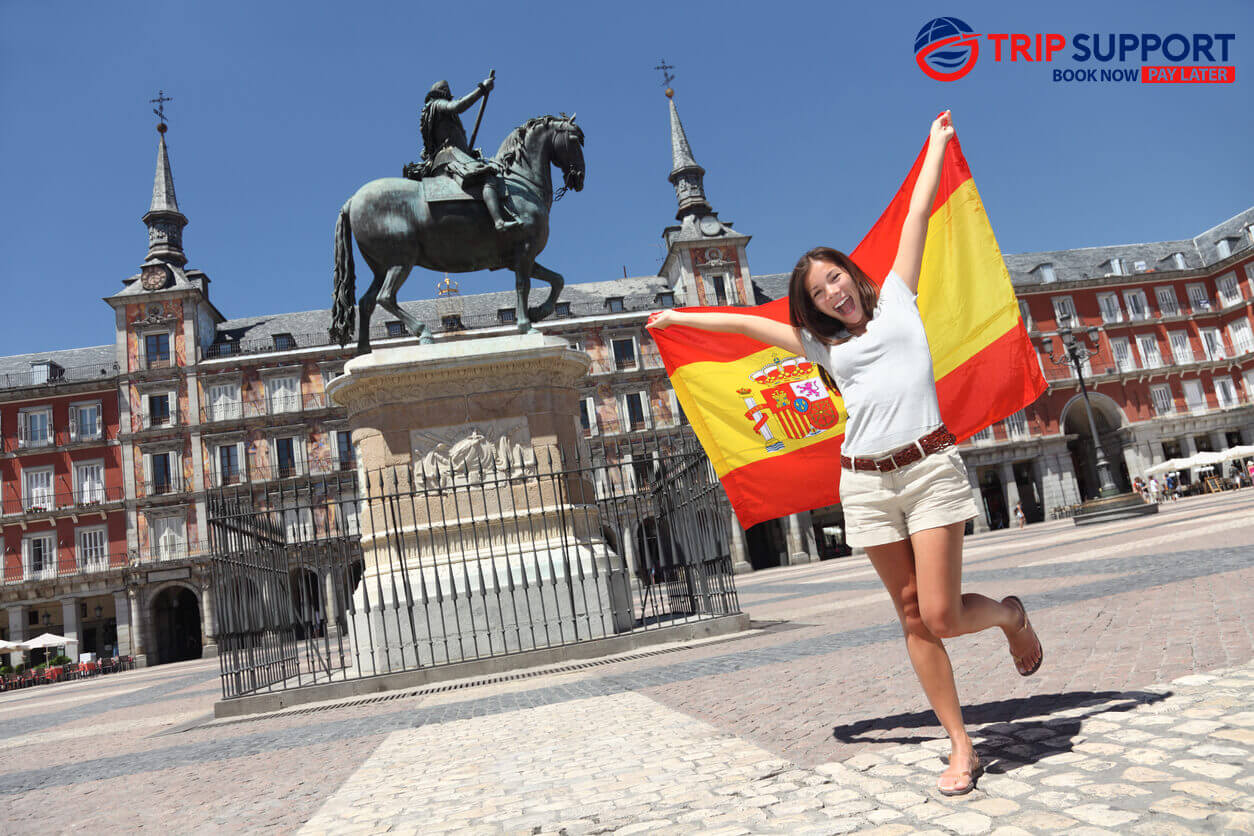 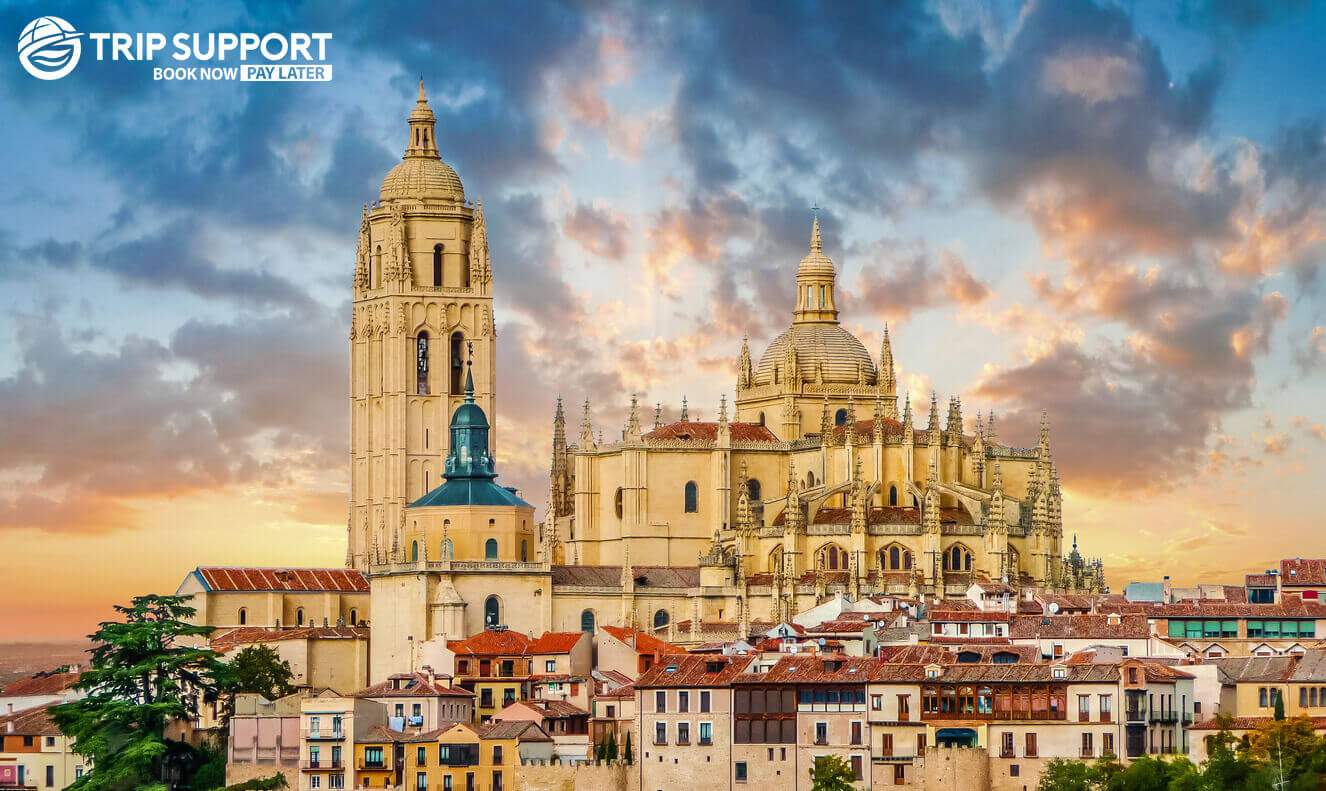 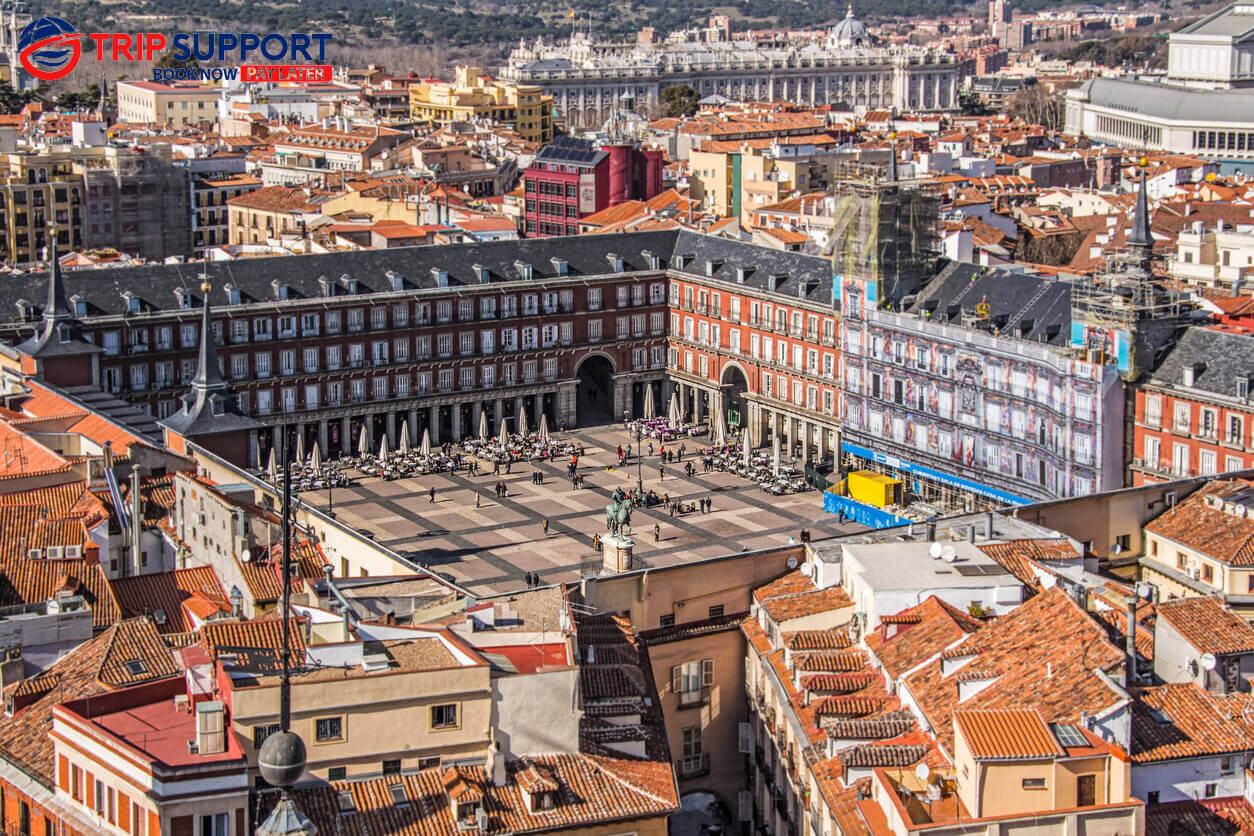 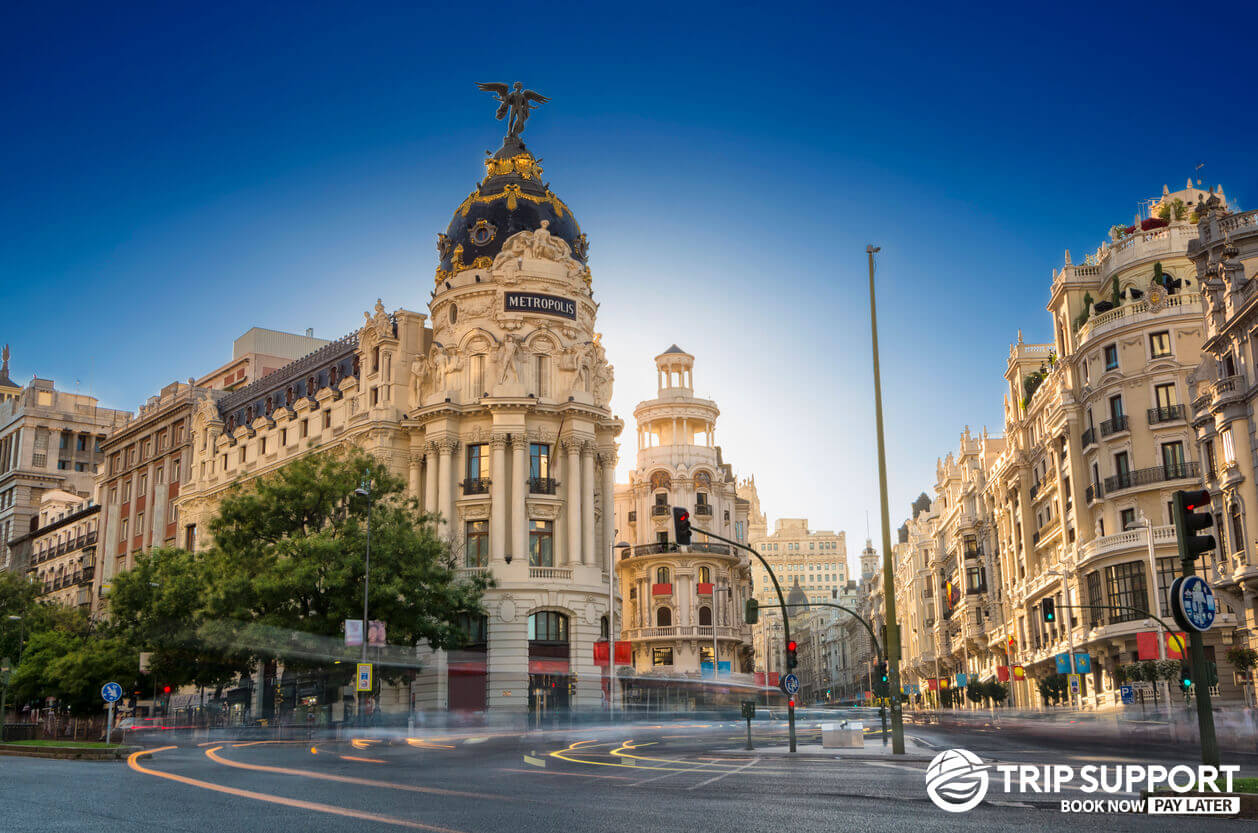 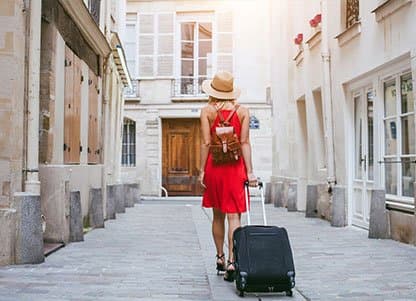 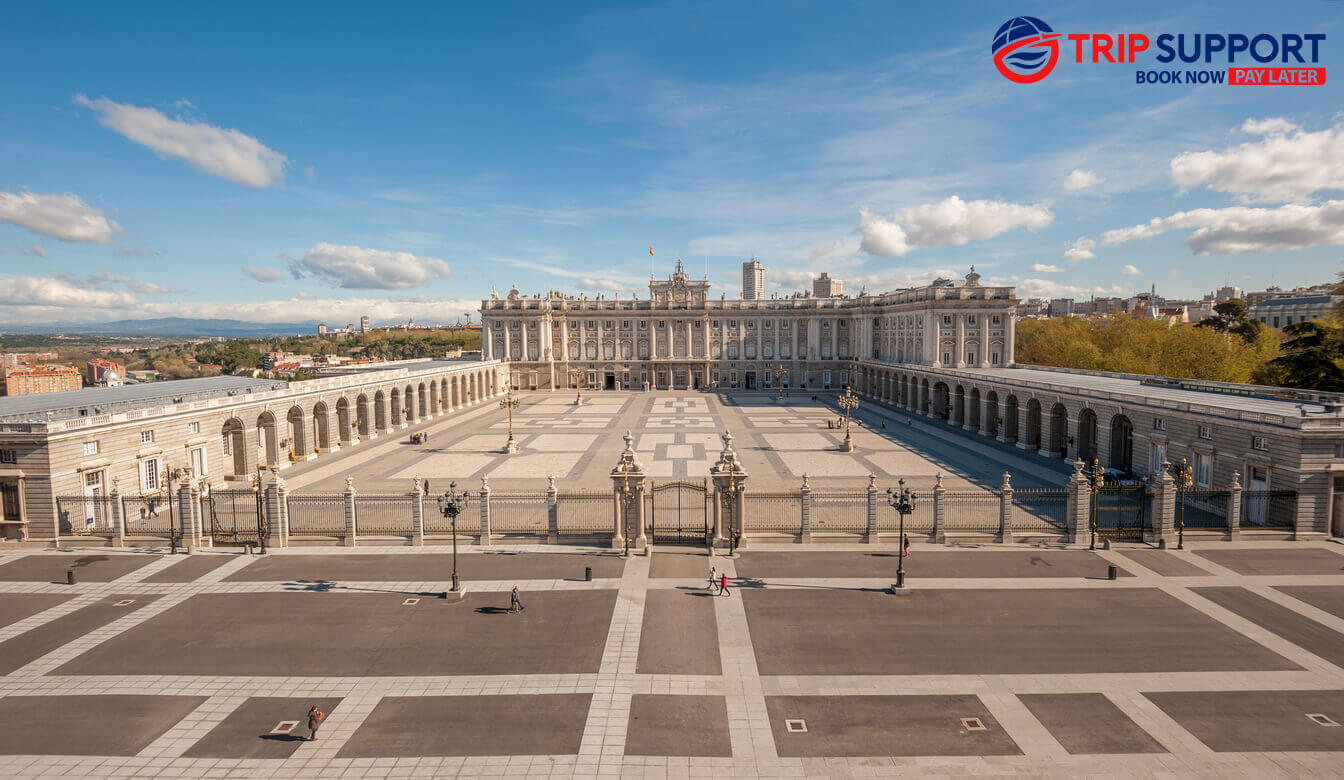 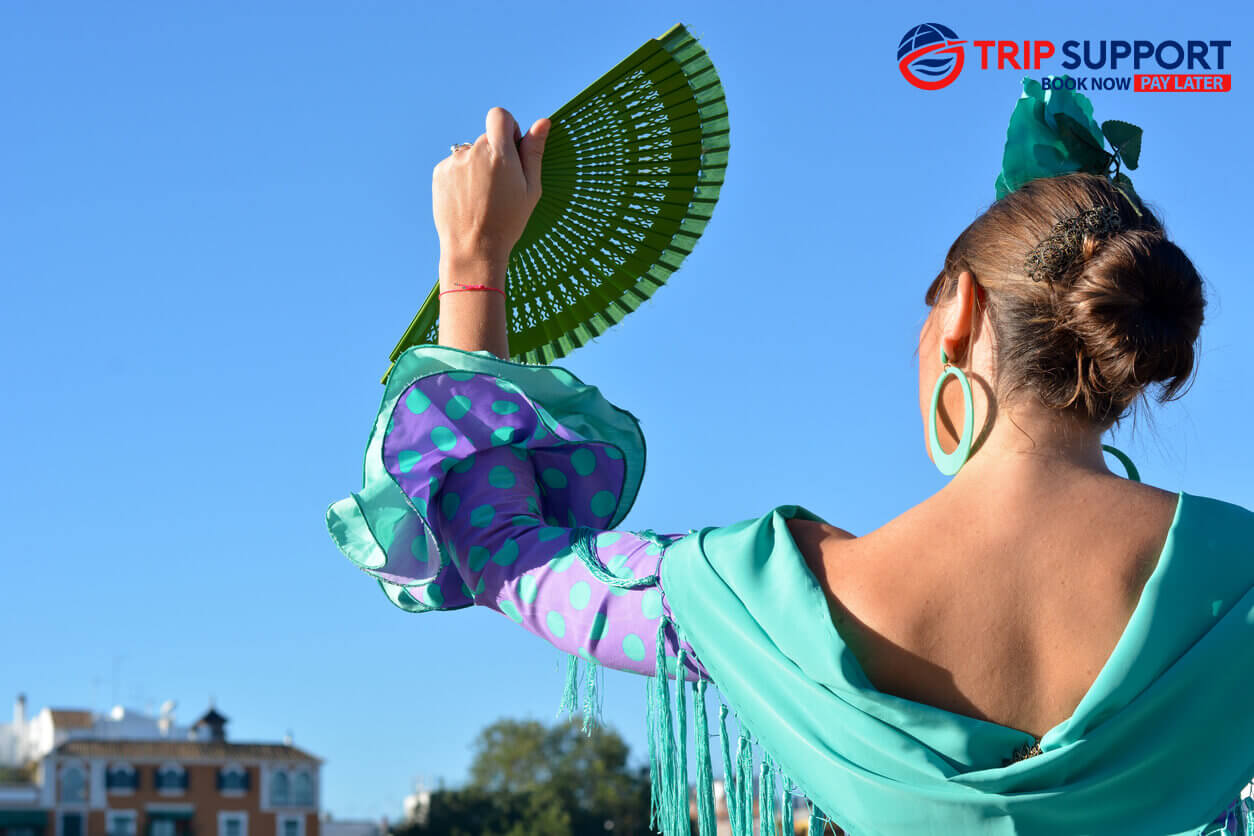 Madrid is famous for calamari sandwiches (don’t knock this signature dish until you try it), football, fashion and having the oldest restaurant in the world.

Casa Botín, starting serving customers in 1725 and is the oldest restaurant in the world, confirmed by the locals and the Guinness Book of Records. What can you eat there? Roast suckling pig is a noted dish, as is lamb roasted in the Castilian style. 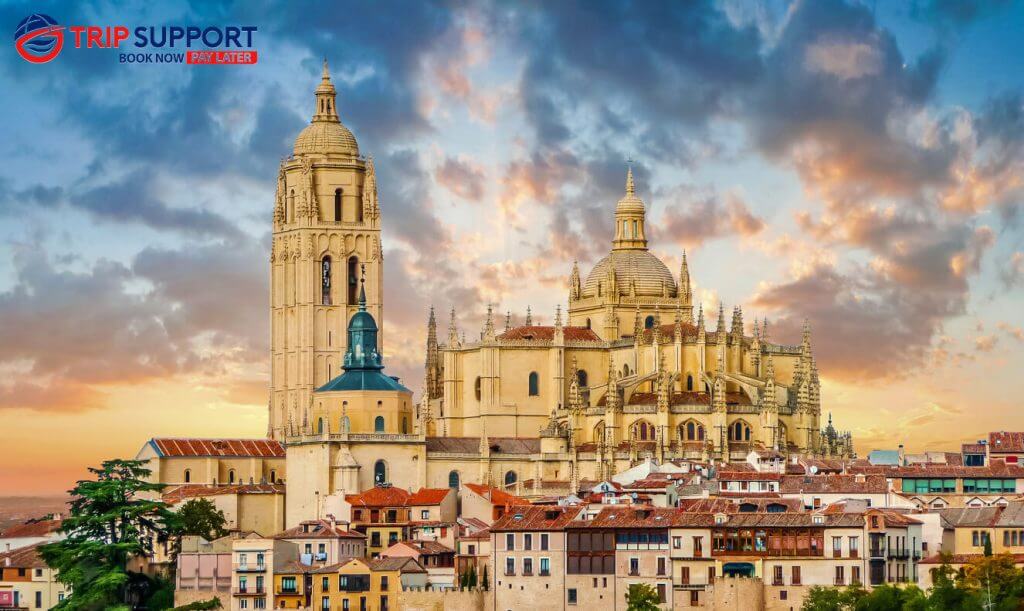 Madrid is home to two world-famous football clubs, Real Madrid and Atlético Madrid, so if you are a sports fan, book front-row tickets before they sell out.

Fashion is important in the capital city and locals dress stylishly for every occasion. Spanish fashion designers are known for their chic fashion sense and on-point designs. From Balenciaga to Zara, be sure to pick up a few labels for your wardrobe. Besides clothing, you can get quality shoes, bags, and accessories in the city and catch a fashion show if you can.

The best time to visit Madrid is in the fall (September to November) or spring (March to May) when temperatures are warm and pleasant. But if you wish to take advantage of lower accommodation rates and can brave the cold, winter is the time to come.

Keep this in mind when you book your flight to Madrid. Air Canada has flights from Toronto to Madrid and there are routes to other destinations in Canada, for example, Madrid to Saskatchewan.

Most of Madrid’s sights and landmarks are in the central city so it makes sense to stay in Centro or Retiro. With thousands of accommodation options, it can be overwhelming. Here are some that we recommend for great location, service and a dash of Spanish colour and style.

A short walk to Puerta del Sol, you have Pestana Plaza Mayor Madrid, which has clean rooms, a large swimming pool, spa and gym and affordable rates. 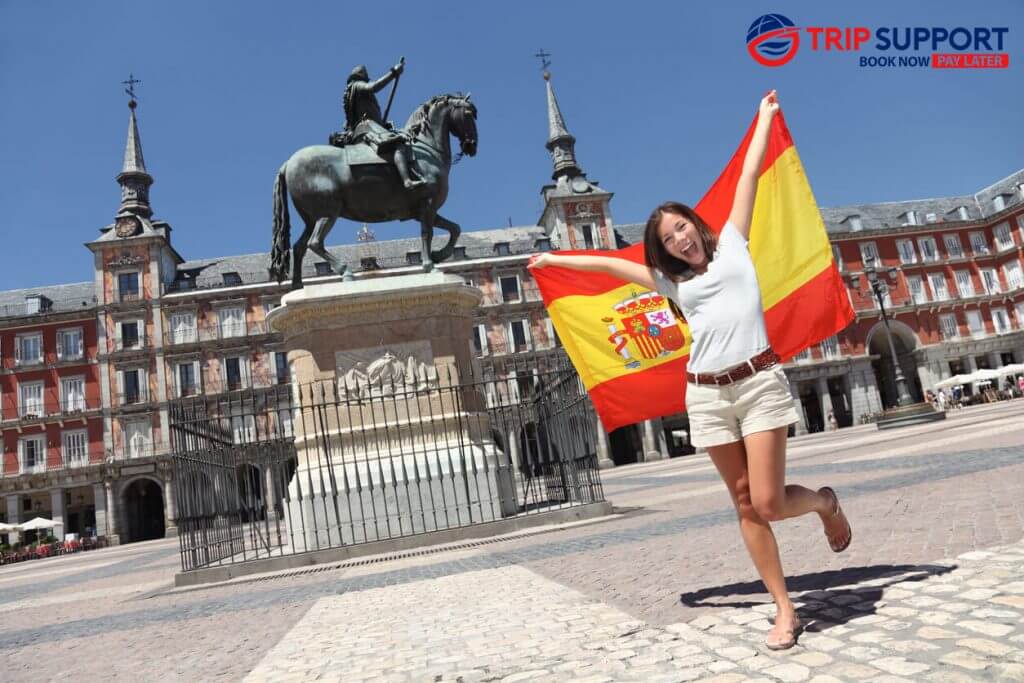 In the heart of Gran Via, the rental apartments at Gran Via Centric are bright and modern. This place is also perfectly located to explore the city and right next to the iconic Plaza de Callao.

The Hyatt Centric Gran Via Madrid has staff ready to serve 24 hours a day and is conveniently located next to the Gran Via Metro Station. Lush rooms and excellent service can be expected.

The main street of Madrid is Gran Via and from there, many roads lead to fascinating sights like Plaza del Callao and Plaza Mayor. The squares are busy hubs with important statues, street performers and buskers. Shops, restaurants and cafes are everywhere in this area. Try some tapas, sample traditional Spanish drinks and desserts and get back on your sighting tour.

Madrid is home to one of the largest palaces in Europe and the royal family. The Royal Palace of Madrid is open for guided tours and nearby, you have the gorgeous Sabatini Gardens named after an Italian architect who helped design the palace. After getting lost in the garden maze, you should find your way to Almudena Cathedral, which began construction in the 16th century and was finished in 1993. There is work from local artists on display, as well as ancient artifacts. There is a museum inside.

The Metropolis Building is a grand example of architecture that was built in 1911 and is privately owned. It is one of the most photographed buildings in the city and you will probably recognize it from Instagram and travel magazines. 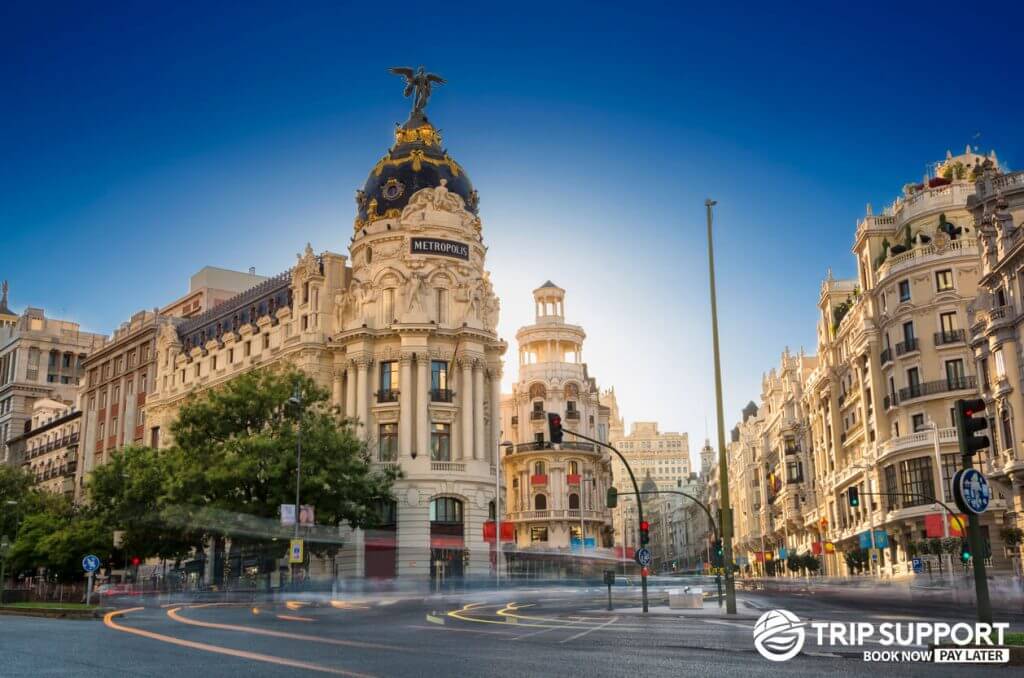 Free walking tours are offered by an innovative group that has a passion for travel and exploration. The tours are offered on a “pay what you feel it’s worth” model. So you can pay, tip or donate money at the end of the tour, depending on how much of a wonderful time you had. The professional licensed guides are quite knowledgeable, enthusiastic and fun people who make sure tourists see the city in an informative and interesting way.

Salamanca is the fancy and luxurious part of the city with high-end fashion brands. Mala Sonia is nearby and a totally different scene with trendy and cool cafes, shops and bars. This is where the locals come to play.

Madrid comes alive at night. Get ready to have some fun nights out on the town. There are hip pubs, cool bars and pumping clubs that stay open very late.

We never check customer’s credit scores so this great payment Book Now, Pay Later method is available to absolutely everyone. You can book now and pay later in instalments. There is no credit check with this fantastic pay later option.

You can book now and pay later and go to Madrid with Trips Support. Get your pay later flight to Madrid by Trip Support today!

Useful information and questions about Flights to Madrid.

You can email us to request a change to an existing reservation at info@tripsupport.com. Please mention your name and confirmation number in the email. You can also contact us at 1-855-606-0606.
If your booking is eligible for cancellation, it may be subject to an airline cancellation fee of up to $250 CAD per passenger. For more information, please contact us at 1-855-606-0606.
Most discounted airline tickets are non-refundable. The tickets we provide are the most economical but come with this restriction.
Yes! Trip Support offers a Book Now Pay Later system, where payments can be made in installments before clients’ vacations and flights. Uniquely, we offer this approach without the need for credit checks and extra boring, time-consuming documentation. We believe that people should be able to travel regardless of their credit score
The most popular airline that flies to Madrid is Delta Airlines.
Travel in Madrid is currently possible, but COVID-19 safety precautions are currently in place. For more information, visit https://www.esmadrid.com/en/information-coronavirus?utm_referrer=https%3A%2F%2Fwww.google.com%2F
Assuming that you’re travelling from Toronto Pearson Airport, there are no direct flights to Madrid. Flights typically have a layover.