Book Your Vacation to Los Angeles Now and Pay Later

Los Angeles is known worldwide for its beloved Hollywood Hills, Venice Beach, and the Hollywood Walk of Fame. Los Angeles is home to many of the greatest movie stars and other celebrities. It is home to nearly 4 million people, making it the United State’s second largest city by population after New York City.

You won’t see all four seasons moving through Los Angeles. Throughout the year, the coolest it could get in Los Angeles is around 42 degrees Fahrenheit and the hottest can be around 93 degrees Fahrenheit. The summer months are warm, sometimes hot, and humid while the rest of the year fluctuates between sunny and warm to cloudy and wet in the winter.

About the Los Angeles

Otherwise known as the City of Angels, Los Angeles is home to the United States’ beloved Hollywood hills. While the glitz and glamour of old Hollywood captures your senses, Los Angeles is a young, diverse and inventive city on the edge of culture and tradition. The city offers nothing but the best for its visitors hanging among the stars on Hollywood Boulevard. From world renowned dining and shopping to LA culture and local entertainment, Los Angeles welcomes one and all.

Visit Los Angeles any time between May and mid October to take advantage of the good weather and sunshine for getting outside. For more comfortable, spring type weather, go between March and early May. 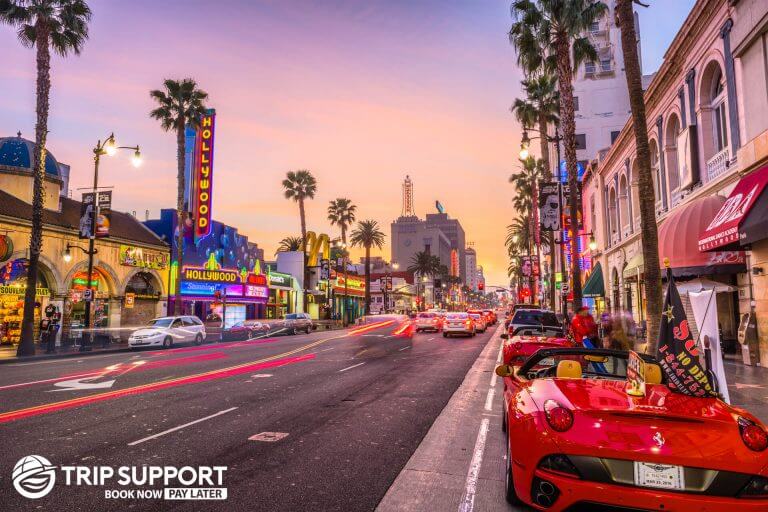 Los Angeles is a big city that is made up of multiple neighbourhoods. If you hope to be close to multiple beaches, stay in the South Bay area. If you want to do a lot of sightseeing, stay in Hollywood. If you don’t plan on renting a car, stay in Downtown LA. Below are recommendations for each area:

Things to Do in Los Angeles

Adrenaline seekers should experience Universal Studios Hollywood, especially if it’s their first time in LA. Television favorites like the Simpsons can be found roaming around the park, and you’ll also see rides devoted to the minions, Jurassic Park, and Harry Potter. Get the exclusive studio tour by riding a tram through some of the most famous Hollywood backlots. Even if rides are not your thing, eating and shopping in the CityWalk area is worth the trip. 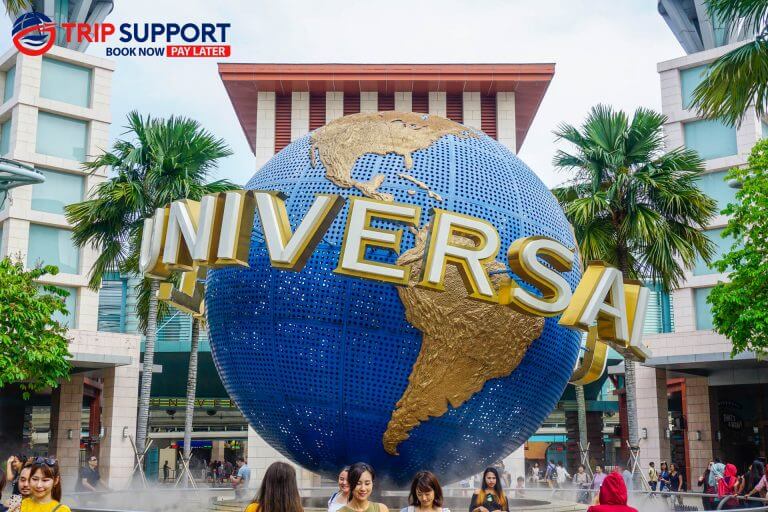 For a more laid-back vibe, visit Venice Beach. Venice Beach is a great spot people watching, especially the hundreds of skateboarders who come to the Venice Beach Skate Park that come together as a community and show off their skills. Test your strength at the famous Muscle Beach Outdoor Gym, which has been around since 1963 and has hosted greats like Arnold Schwarzenegger and Lou Ferrigno. Venice also has some great street art to appreciate while walking up and down the lively beach. 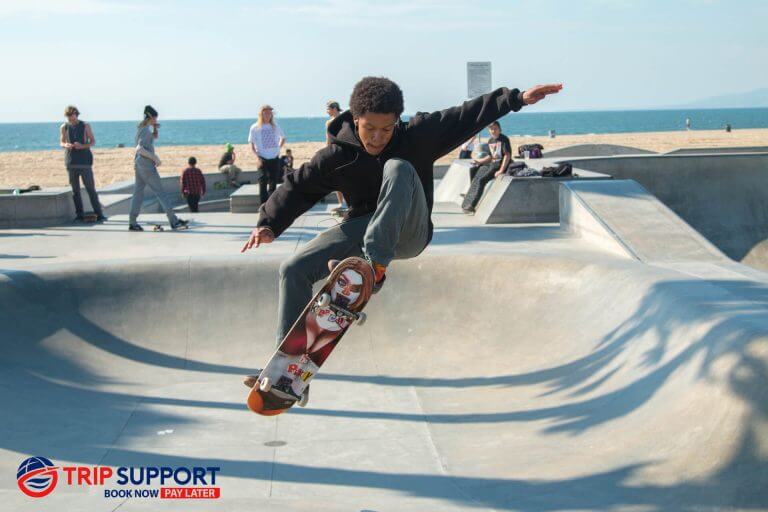 Santa Monica Pier is a Los Angeles landmark that you see in postcards. The pier hosts small shops, the Pacific Park amusement park and dining options that are family friendly! The Playland Arcade is home to over 200 classic and updated arcade games and Pacific Park was named one of the best California amusement parks in recent years.

The pier also runs Twilight on the Pier, their outdoor music festival series that offers interactive art, street food, beer and cocktails. The best part about Santa Monica Pier is that the beach is right next to it, so when you’re done strolling along the pier you can bust out a big blanket and relax on the Santa Monica beach.

Places to Eat in Los Angeles

Before headed down Melrose Avenue to check out the shops and street art, stop by Blu Jam Café for breakfast or brunch. The Melrose location for Blu Jam used to be an underground jazz club, where blues musicians (and greats) like Dizzy Gillespie and Miles Davis had once played, hence the name “blu” jam.

Funny enough, Blu Jam also has an incredible toast and homemade blue jam combo! Breakfast is served all day and offers a mix of sweet and savory options. Try their signature dish, the Crunchy French Toast. You won’t regret it. 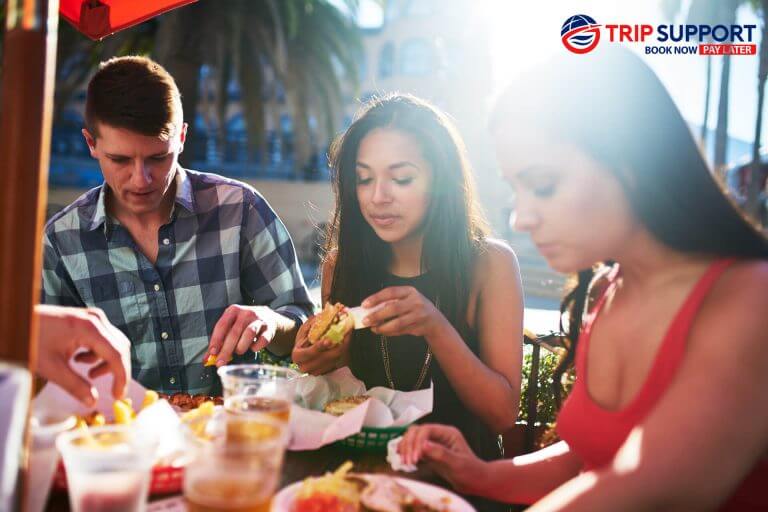 Located in the fun and quirky West Hollywood neighborhood, Gracias Madre has been a vegan/vegetarian favorite for years. Even if visitors are not vegan or vegetarian, the food here is delicious. The restaurant pulls on Mexican cuisine and traditions, including communal table service – this is a great way to meet new people, especially if you’re traveling solo. Their craft cocktail selection is also undeniably great. Homemade agave tequilas are available for sale on the restaurant’s shelves and used in their drinks. When it comes to the food, Gracias Madre is using seasonal ingredients to serve up fresh, authentic Mexican dishes.

Usually when people think about pizza, their minds go to New York or Chicago. LA has upped its pizza game with Pizzana in the Brentwood area. The pizza here is elevated with new baking techniques and flavors that make the traditional Neapolitan pizza a lot more interesting. Pizzana is also a Michelin Guide restaurant – quality food for a great value. The Pignatiello is a top choice – braised short rib, fior di latte (mozzarella cheese made from cow’s milk) and a parmesan crema topped with basil. You’ve never had pizza like this before.

You never know who you’re going to meet while in LA – so you need to be prepared for anything! Before you start planning all of the ins and outs of your stay, utilize Trip Support’s Book Now Pay Later service. Instead of paying for the entirety of your trip up front, you can put down a deposit to secure your trip, no credit check necessary. It’s that easy. Before booking items on your Los Angeles bucket list, visit our website to learn more about our Book Now Pay Later service for early booking savings and advanced vacancy at your preferred hotels, restaurants and more.

All Inclusive Hotels in Negril

Mexico Vacations on a Budget