Book Your Vacation to Havana Now and Pay Later 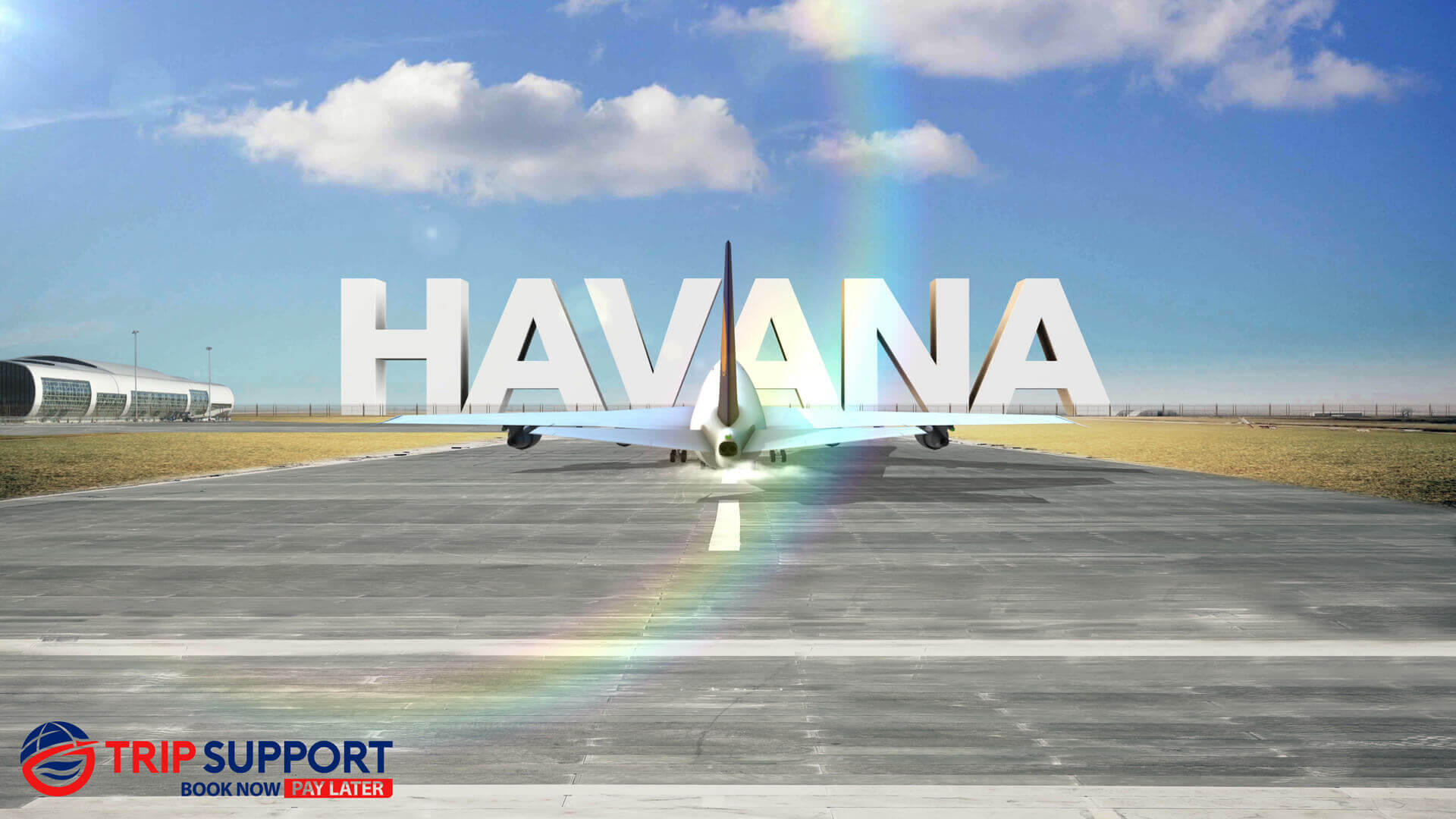 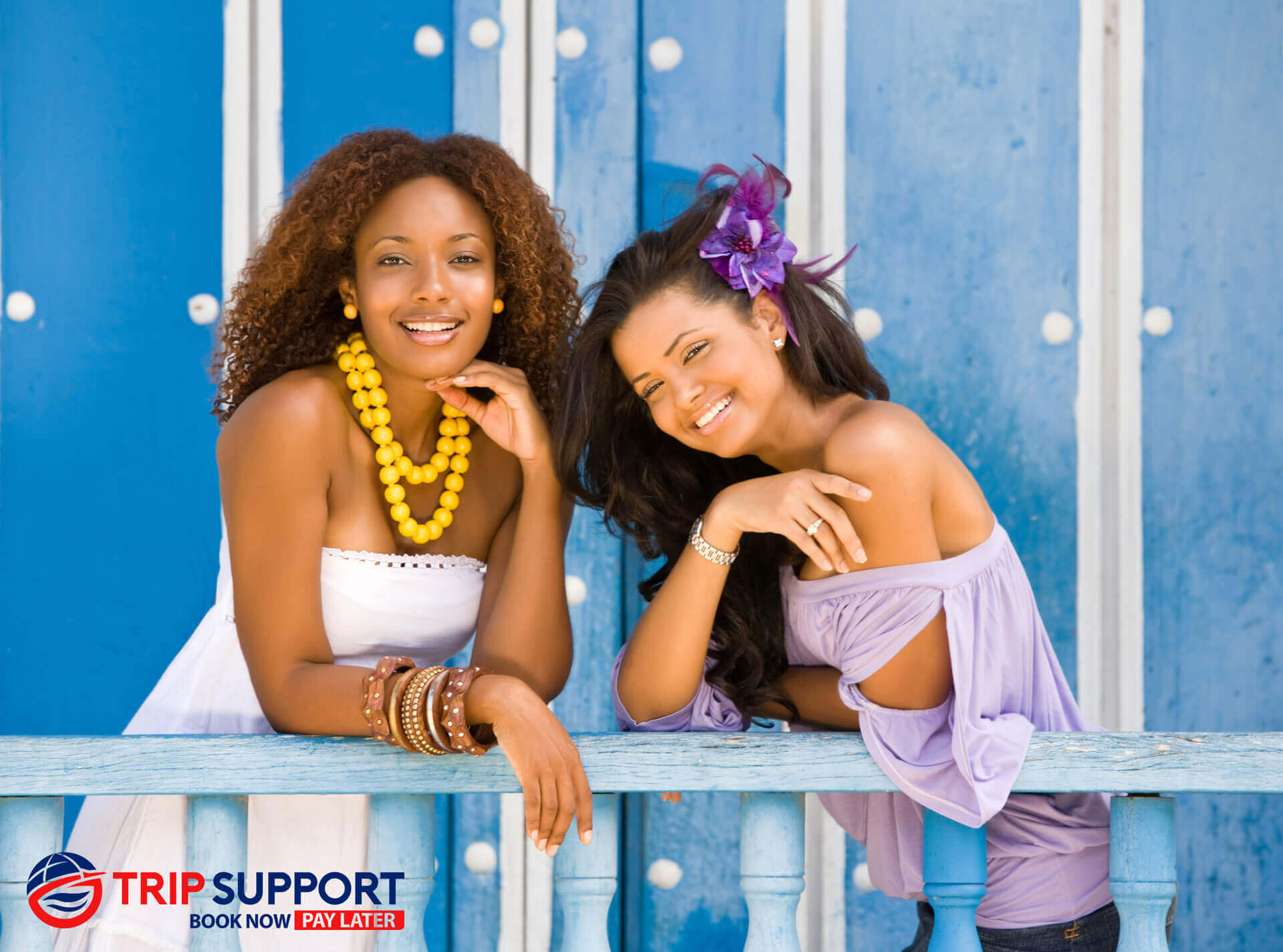 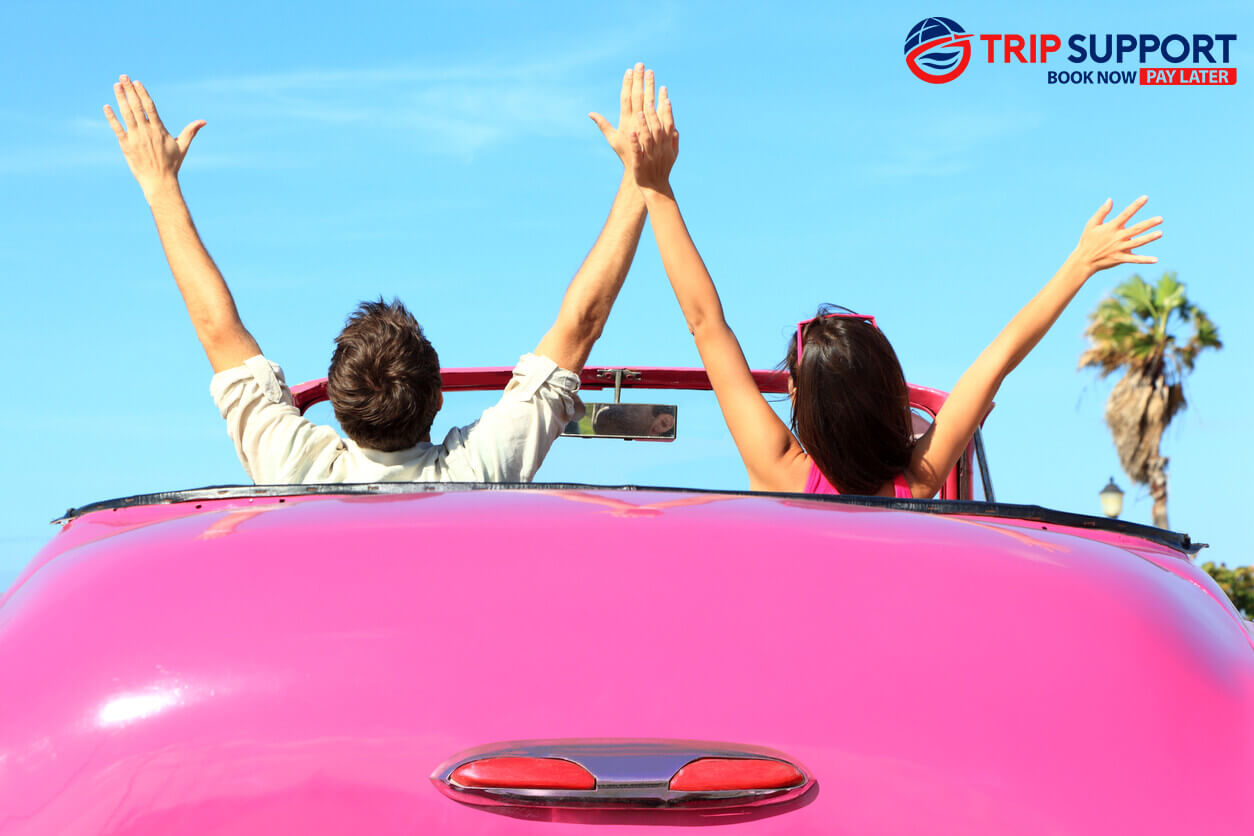 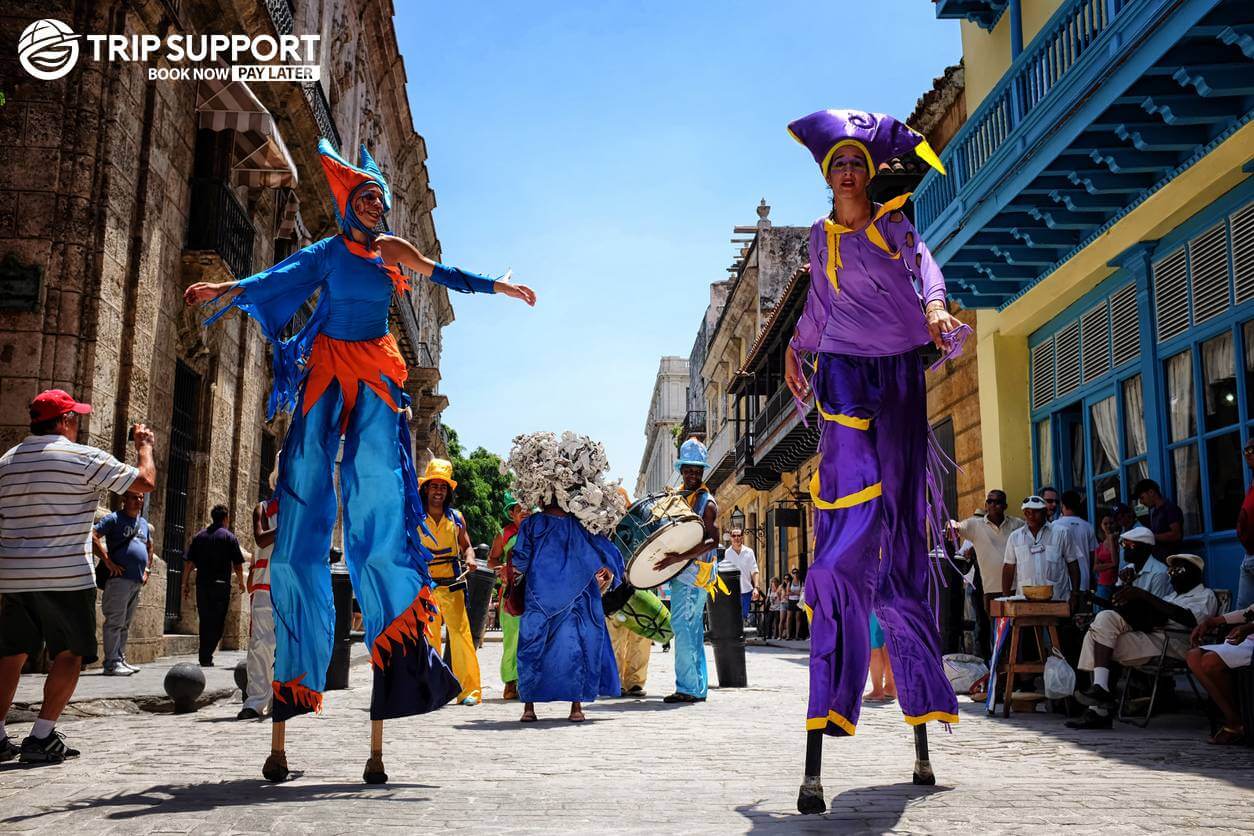 The city of Havana was founded in the 16th century by the Spanish as a stopping point between the Americas and Spain during the Spanish conquest of the Americas. Today, Havana is the capital city and leading commercial center of Cuba with a population of 2.1 million people. Havana has a tropical climate tempered slightly by the trade winds that come through, helping to ease the oppressive humidity at times.

Havana is located on La Habana (Havana) Bay on the northern coast of Cuba, where the Gulf of Mexico joins the Atlantic Ocean. The city is split into three sections: Old Havana, the traditional core of the city; Vedado, the uptown, urban section; and the other third is comprised of affluent industrial and residential areas (suburbs).

The Havana Jose Marti International Airport is 15 kilometers southwest from Havana, making traveling to this city easy from any part of the world. 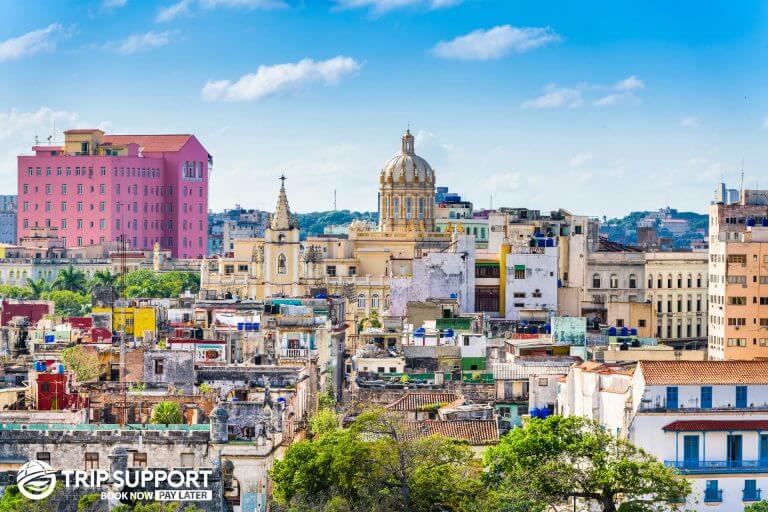 Havana has a tropical climate tempered slightly by the trade winds that come through, helping to ease the oppressive humidity at times. While hurricanes and tropical storms are common in the Caribbean, they typically hit the southern coast of Cuba, sheltering Havana from the most extreme weather. Generally, summers will be extremely hot, rainy, and humid with mild, dry winters offering comfortable temperatures and low humidity.

There are two weather seasons in Havana. The wet season lasts from May through October and the dry season lasts from November through April. There is a small lull in the rainy season during the month of August, but as it is the midst of hurricane season, the chance of rainfall is still moderately high.

The Best Months to Visit

The best months to visit Havana are November, December, January, February, and March. These months will enjoy comfortably warm temperatures with lower humidity and rainfall. Speaking of rainfall, December is on average the month in which it rains the least in Havana. 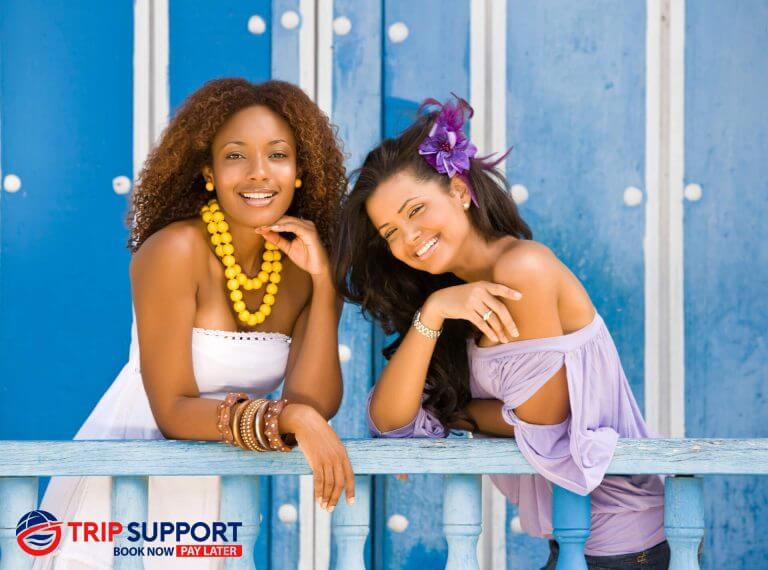 One of the most popular areas to stay in when visiting Havana is Habana Vieja. The colonial architecture and charming plazas lined with shops, cathedrals, and restaurants give guests plenty to see and do steps away from charming the hotels in this historical area.

Centro Habana borders the seawall on one side, and has a vibrant nightlife with many jazz clubs, making this an ideal location for visitors wishing to indulge in water sports before dancing the night away. Havana’s Chinatown is in this district, giving guests access to a variety of food options within walking distance of the accommodations here.

The Old Havana section of the city has been designated as a UNESCO World Heritage Site, meaning the area has cultural, historical, scientific, or some other form of significance and has legal protection under this distinction. Thanks to this designation, visitors to Havana today can enjoy the baroque and neoclassical architecture in some of the buildings dating back to the 1500s. 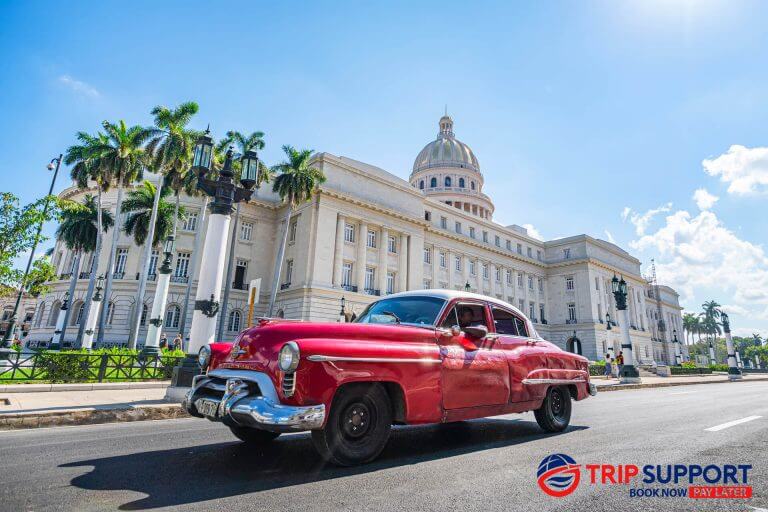 While the streets of Havana are lined with stunning architecture, they are filled with vintage American cars like Oldsmobiles, Plymouths, Buicks, and Fords, turning the avenues into a classic car museum. Fidel Castro instituted a ban on foreign car imports when he was in power, giving owners reason to keep these old automobiles in excellent condition. Just walking along the streets gives the chance to see these cars driving around but hailing a taxi may give the opportunity to ride in one as well!

Sloppy Joe’s is an historic bar in Havana that became popular with American tourists during the time of Prohibition in the United States. It is said that celebrities Clark Gable and John Wayne frequented this establishment, which was closed for many years, but then renovated and reopened for guests to enjoy one of many famous Cuban cocktails like a Cuba Libre or a Mojito.

The Museum of Revolution is in a building that originally was the presidential palace but is now home to artifacts and relics pertinent to Cuba’s storied history. Weapons from the Cuban revolution and the boat which more than 80 guerillas, including Fidel Castro, used to get from Mexico to Cuba, are just some of the items belonging to the museum. 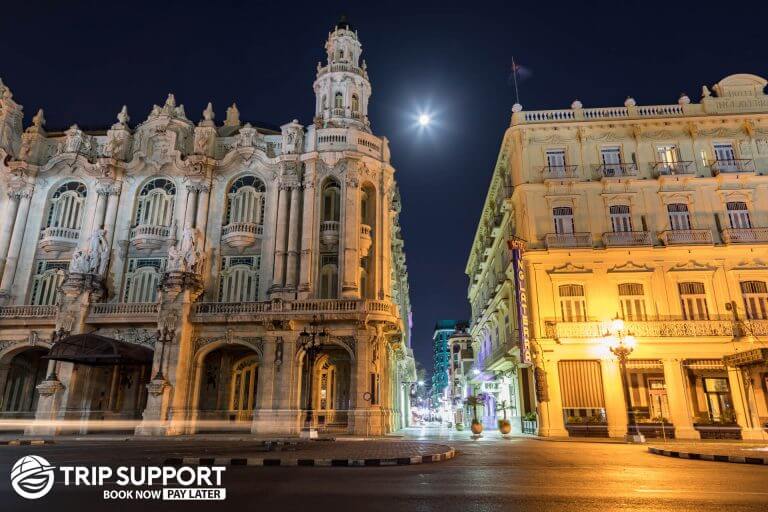 The Almacenes San Jose Artisans Market gives visitors a chance to shop for locally made arts and crafts, clothing, jewelry, and more. This covered, outdoor market is large, consisting of two levels filled with artisans offering their wares.

Havana has a colourful, and at times, chaotic, history. When mixed with the vibrant culture of its people and the beautiful weather and surroundings, it is no wonder that it is a dream destination for many people. Allow www.tripsupport.ca to help you with your plans to this hotbed of fun and excitement. With Trip Support’s “Book Now, Pay Later” option, you can reserve your trip with a down payment, followed by interest-free installments over time. With no checks to your credit to qualify, book your getaway to Havana with confidence!