Book Your Flight to Delhi Now and Pay Later 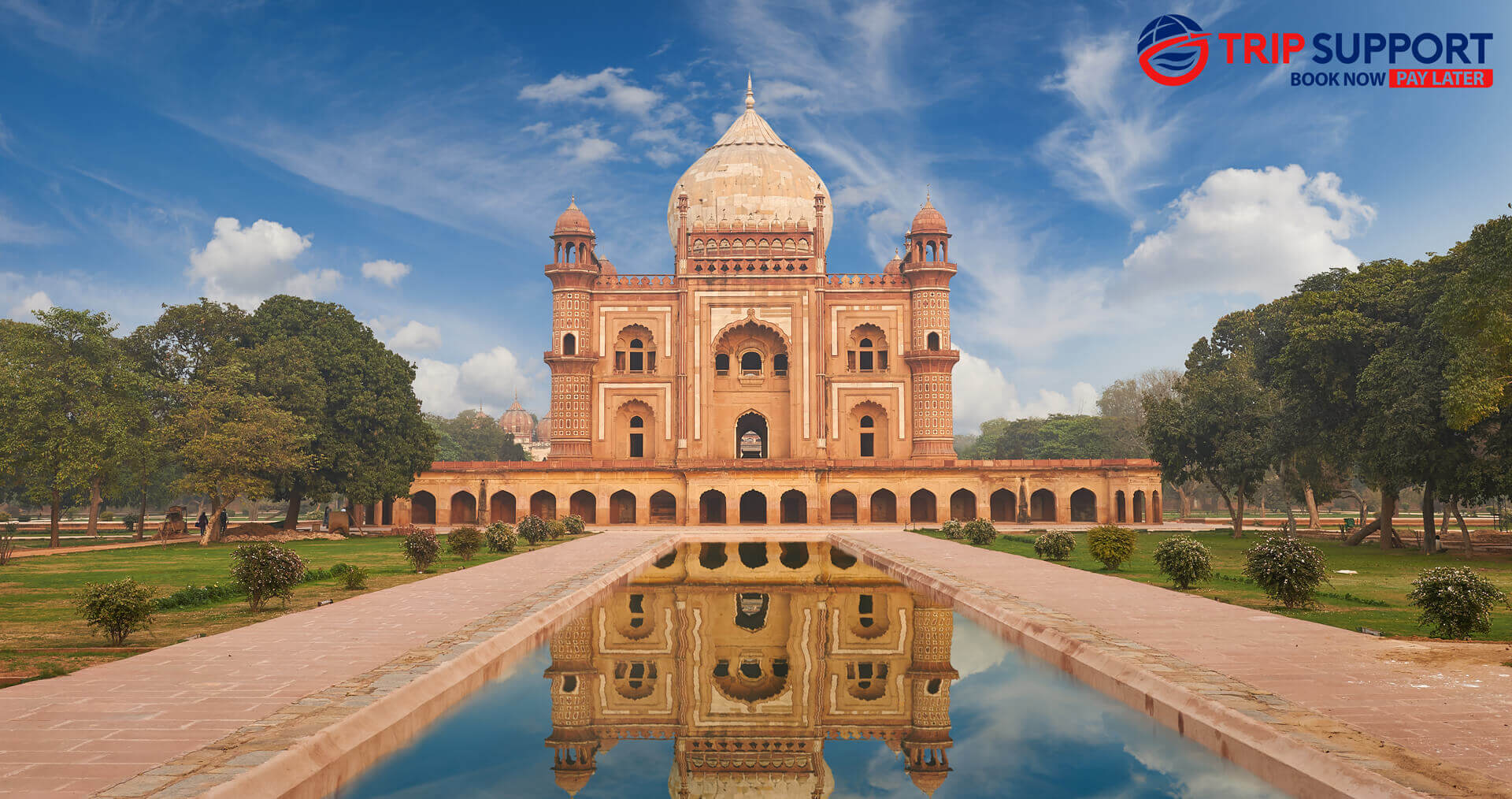 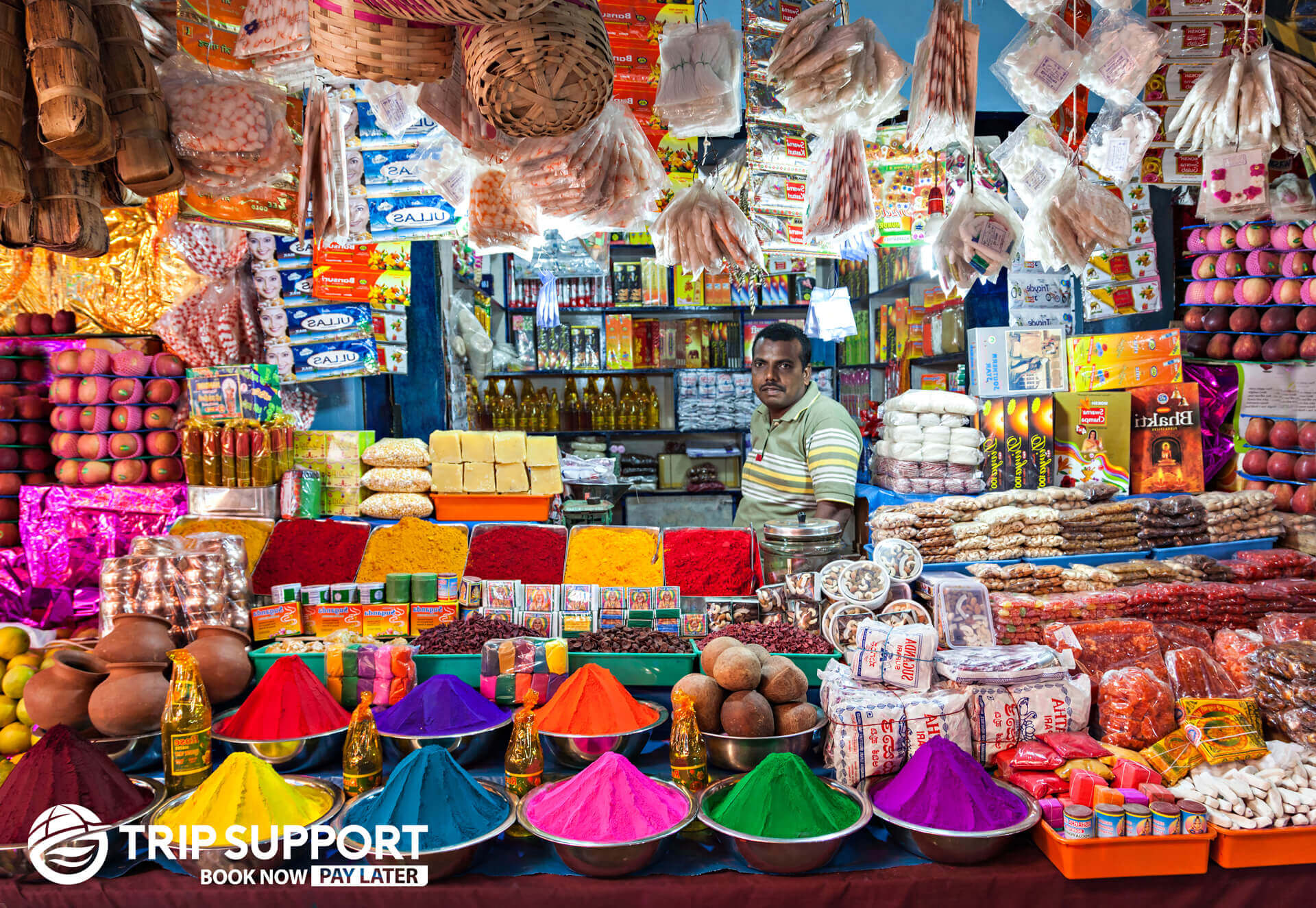 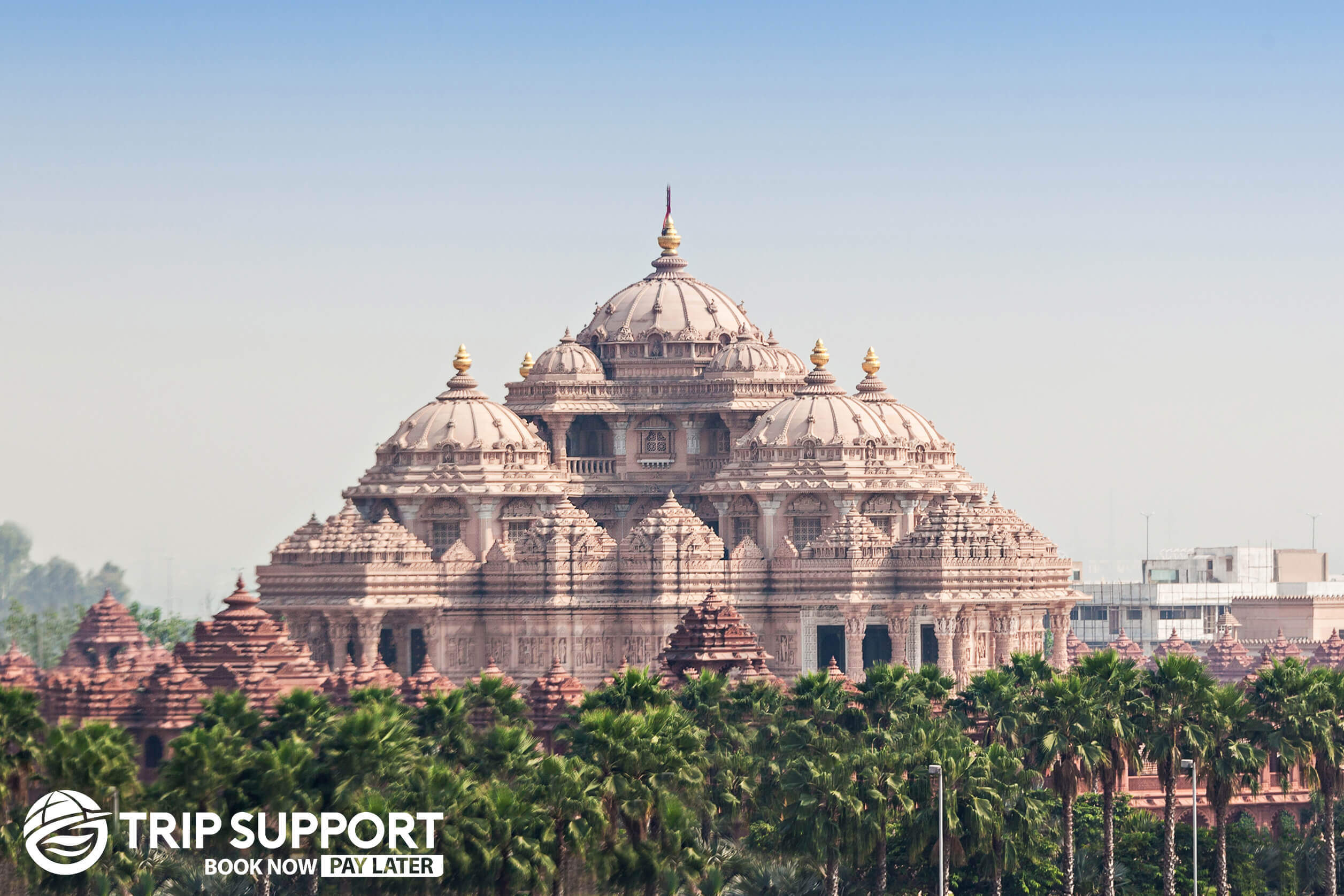 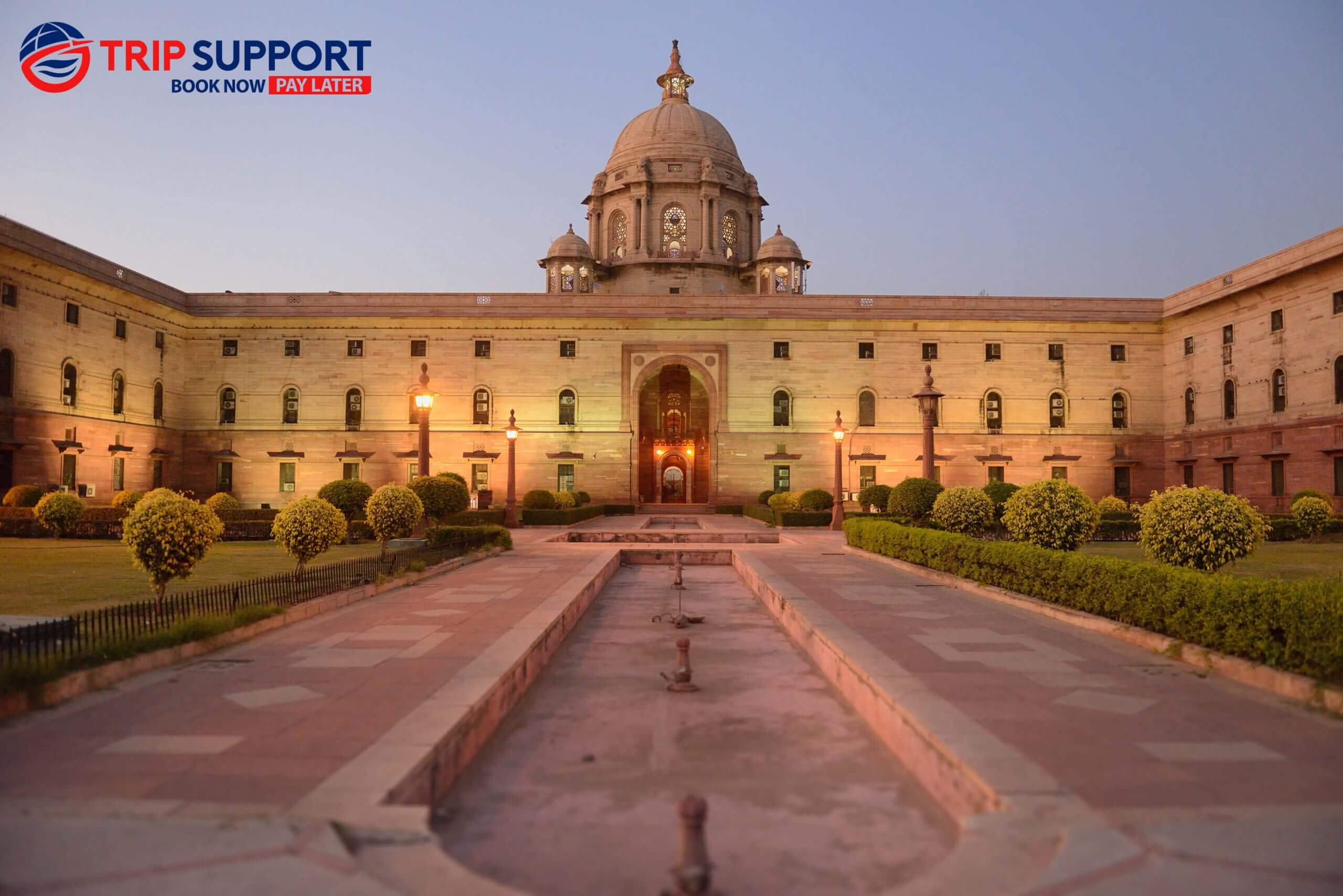 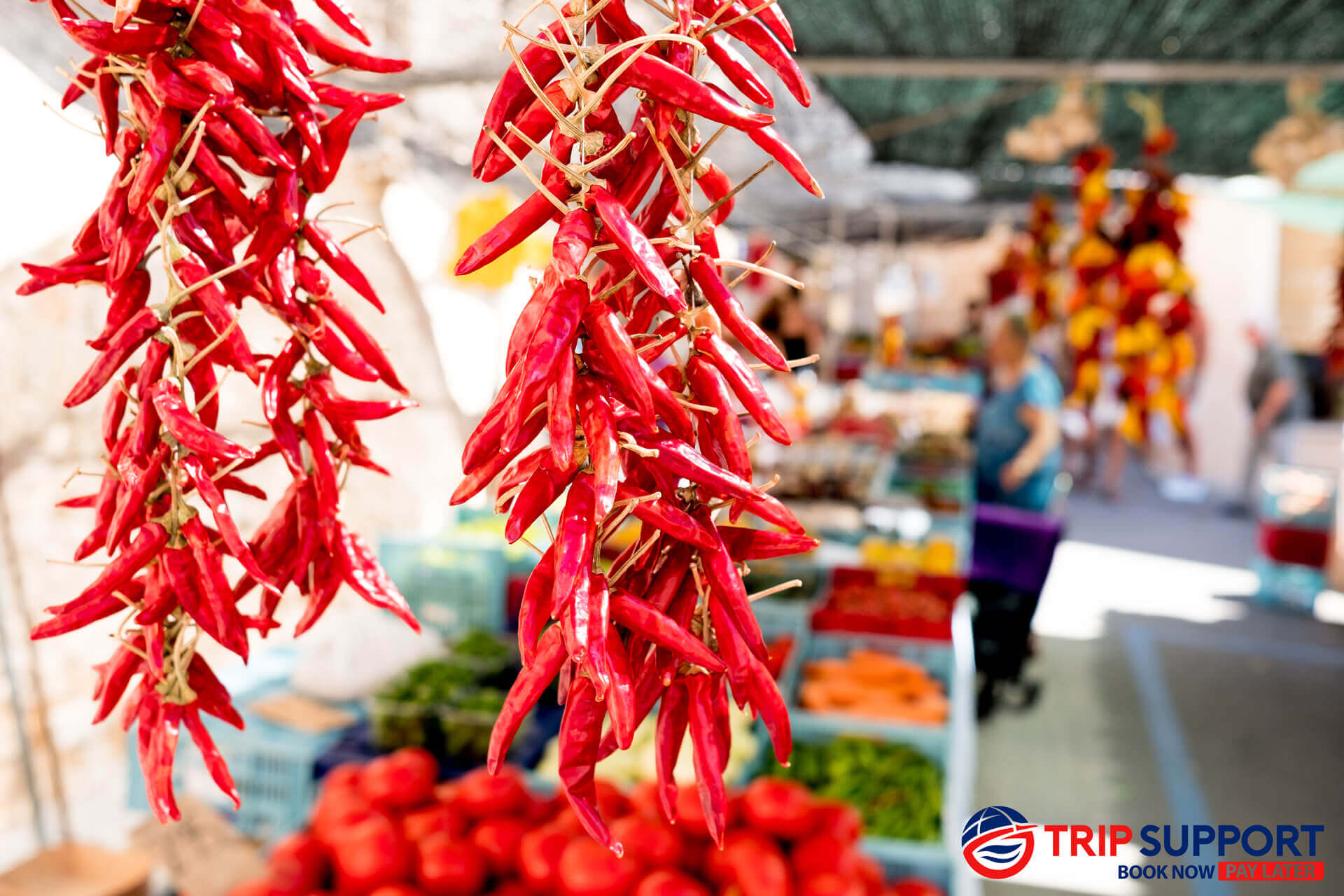 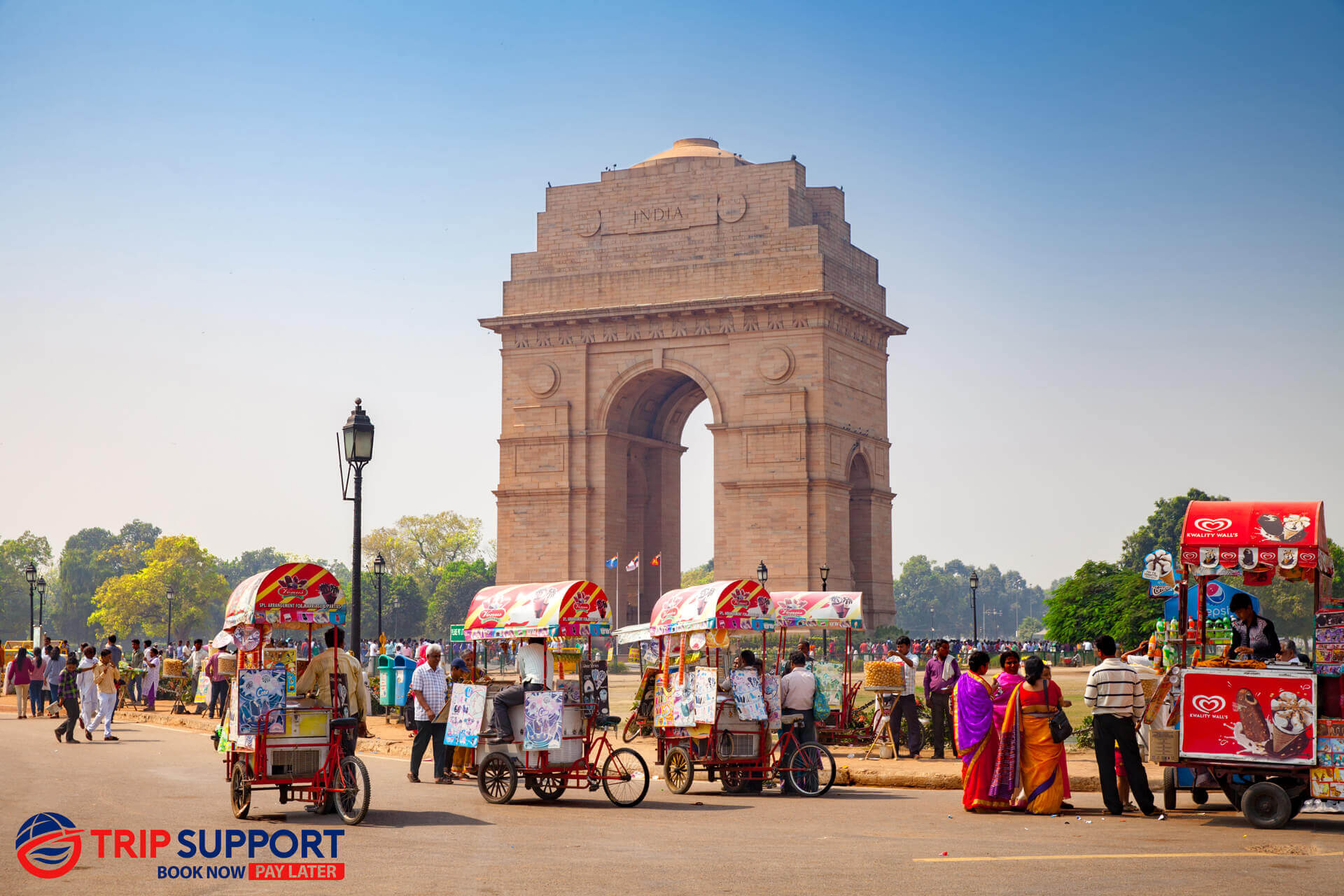 Delhi is so diverse, with a rich history and colorful culture to explore and learn about. It has been the capital since 1931 (before that, the capital was Calcutta, now known as Kolkata). The history of Delhi goes back many centuries before that major milestone and you will hear stories from the past as you visit the beautiful historic sites around the city.

There are so many spiritual and religious sites in Delhi. Here are the highlights. Once you check these spectacular locations off your list, hire a tour guide for the day to explore less well-known sites.

Don’t miss Humayun’s Tomb, which was constructed for a Mughal emperor in 1570. It looks similar to the Taj Mahal and is believed to have inspired many of India’s notable architectural sites. The gardens there are beautiful too and a nice place to relax.

Another magical place is Gandhi Smitri, the museum where Gandhi was in the final months of his life before he was assassinated there in 1948. You can learn about Gandhi’s beliefs and the history of Indian independence there and see statues and monuments dedicated to him.

In Delhi, there are shops everywhere from malls to bazaars to markets and shops and you can collect a lot of souvenirs even on a budget. There are tours of every kind imaginable, even a ghost and vampire tour – strange, but interesting!

There are lots of museums, art galleries, cinemas, and art performances, including ballet, theater, and opera. Take a boat ride, wander the street market of Sarojini Nagar, people watch, try new food or indulge in a spa treatment – the city has endless activities to try.

Often by foot or ever-expanding metro is the fastest way to get around, especially in rush hour. Rickshaws are fun, but not if you are in a traffic jam, so time your joy rides carefully. There are hop-on hop-off bus tours for tourists to take in all the sights in a day. 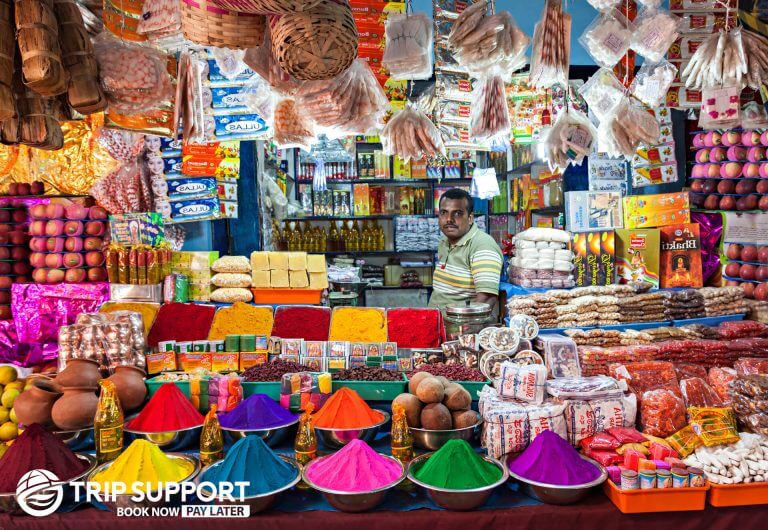 Food in Delhi and all of India is amazing. Exotic flavors, curries, spices and bread or rice, taste wonderful from high-class restaurants, street food stands and if you happen to be lucky enough to be invited into someone’s home, you are sure to be treated to a feast. Chaat, kebabs, biryani, samosa and dal are often found on restaurant menus and the world-famous dish of butter chicken was first made in Delhi in the 1950s.

For a fancy feast, you can dine at Bukhara, which was once voted the best Indian restaurant in the world. Quite a reputation to live up to! They serve Northern Indian food and we hear any tandoori dish is exceptional. You will need to make a reservation for the restaurant inside the ITC Maurya Sheraton Hotel.

There is a revolving restaurant called Parikrama and it’s fun to try North Indian dishes as you look down on all the iconic sights you are visiting during the week. On the 24th floor, you are high in the sky and it takes 90 minutes to complete a rotation, so during your meal, you can see every view.

Lord Of The Drinks is a funky restaurant with a medieval theme. Expect cool cocktails and international and local food and an atmosphere that is relaxed and happening. This is a franchise, so if you love your time sipping Kanpai Mojitos or Jhatka Marys you might find it in another Indian city during your travels.

As we mentioned, butter chicken was invented in Delhi and the restaurant that created the creamy dish still exists. You can eat at Moti Mahal and it’s obvious what you should order!

We know you would never leave home without your camera, travel insurance, money and basic medical supplies. As well as those make you you pack the following much-have items for your trip to Delhi.

You might have heard the term Delhi belly, which translates to traveler’s diarrhea. It is very common and often caused by the change in diet, including spices rather than eating something that isn’t fresh. We recommend you carry medication with you just in case. If you aren’t better within 24-48 hours or are extremely sick, see a doctor. 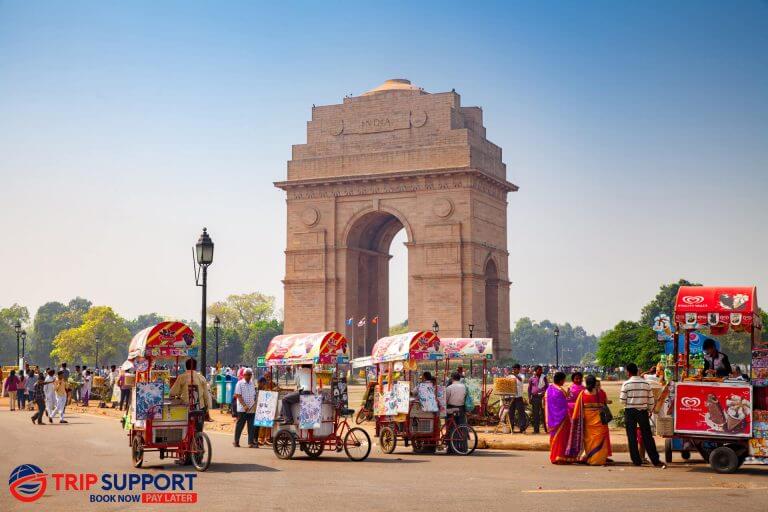 The face of travel is changing rapidly. We are leading the industry with an innovative and flexible Book Now, Pay Later option. You can buy the air ticket and vacation packages by putting down a small deposit to secure the services and pay the balance in installments. Flexibility and savings are just some of the benefits of flying with Trip Support.

We don’t check credit scores so this payment Book Now, Pay Later method is available to everyone. You can book now and pay later without having to worry about a credit check with this fantastic pay later option.

You are off to spicy Delhi!