Book Your Flight to Kansas City Now and Pay Later 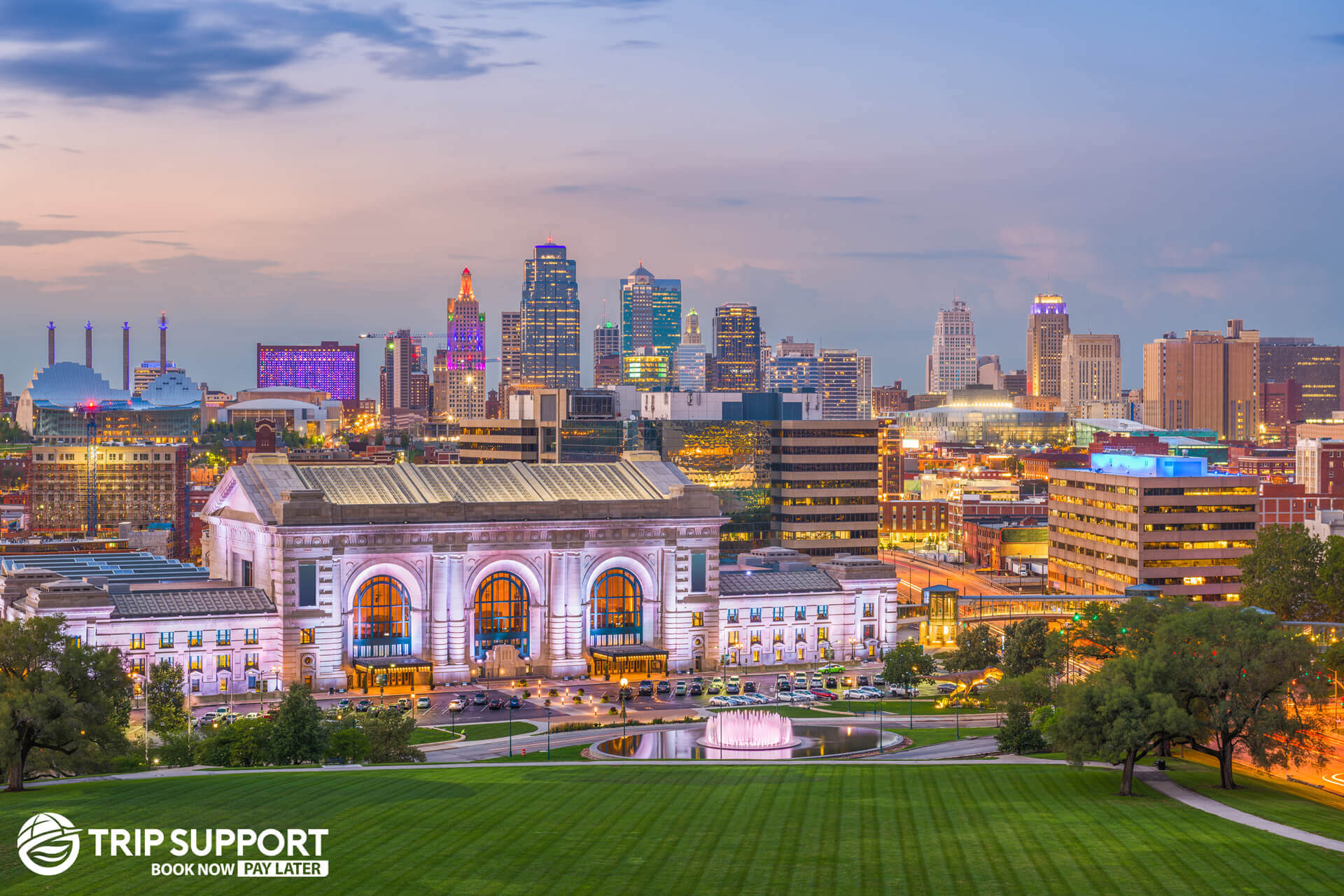 Kansas City is Missouri’s largest city and is a supremely underrated travel destination. Even though it’s in the midwest, it’s full of incredible culture and things to do.

The weather in Kansas City is generally fairly typical – the winters are cold and dry while the summers are hot and humid. The one unique feature of the climate here is the occasional occurrence of tornadoes.

Although Kansas City may not have a reputation as a prominent foodie city, it has some incredible cuisine you can try when you visit. Try the carefully smoked Kansas City style of barbeque or indulge in the Kansas City strip cut of steak.

Kansas City also has its own distinct style of jazz music and is considered one of the “cradles of jazz” within the United States. The Power and Light District is an up and coming district with several trendy bars and restaurants. You can also catch a Kansas City Chiefs game if you’re interested in American football. This team has won the Superbowl twice, in 1969 and in 2019.

Useful information and questions about Flights to Kansas City.

You can email us to request a change to an existing reservation at info@tripsupport.com. Please mention your name and confirmation number in the email. You can also contact us at 1-855-606-0606.
If your booking is eligible for cancellation, it may be subject to an airline cancellation fee of up to $250 CAD per passenger. For more information, please contact us at 1-855-606-0606.
Most discounted airline tickets are non-refundable. The tickets we provide are the most economical but come with this restriction.
Yes! Trip Support offers a Book Now Pay Later system, where payments can be made in installments before clients’ vacations and flights. Uniquely, we offer this approach without the need for credit checks and extra boring, time-consuming documentation. We believe that people should be able to travel regardless of their credit score
The most popular airline that flies to Kansas City is Delta Airlines.
Travel in Kansas City is currently possible, but please be advised of the mask recommendation in the state of Missouri. For more information, visit https://www.aarp.org/health/healthy-living/info-2020/states-mask-mandates-coronavirus.html#Missouri
Assuming that you’re travelling from Toronto Pearson Airport, there are no direct flights to Kansas City. Flights typically have a layover.