Book Your Flight to Cape Town Now and Pay Later 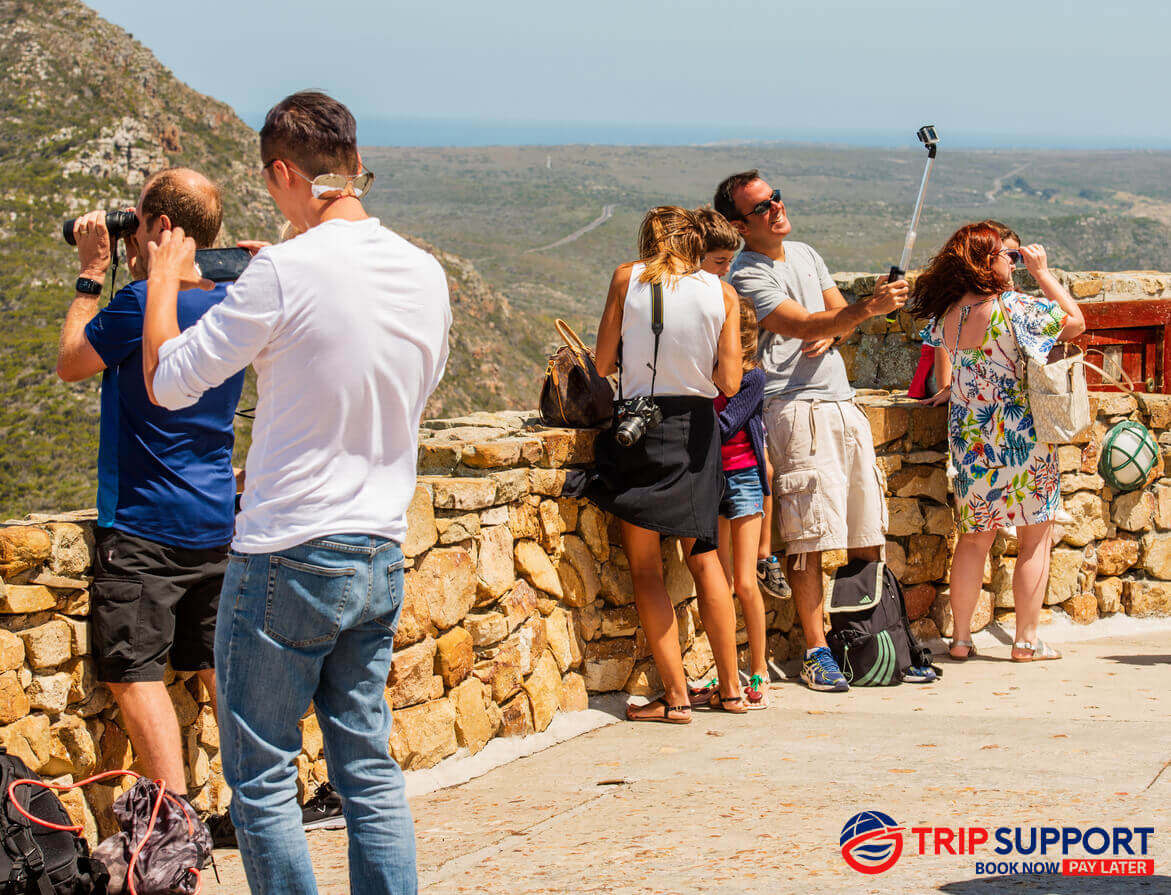 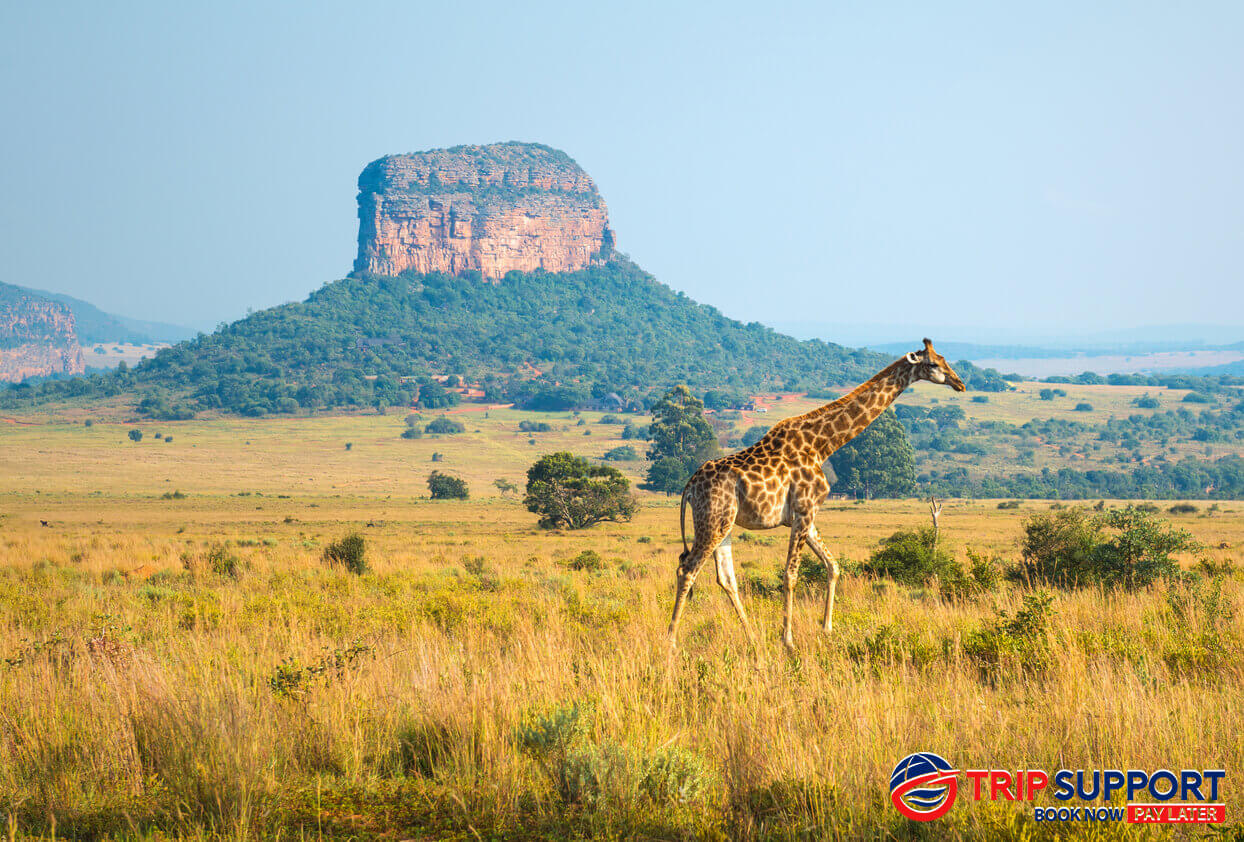 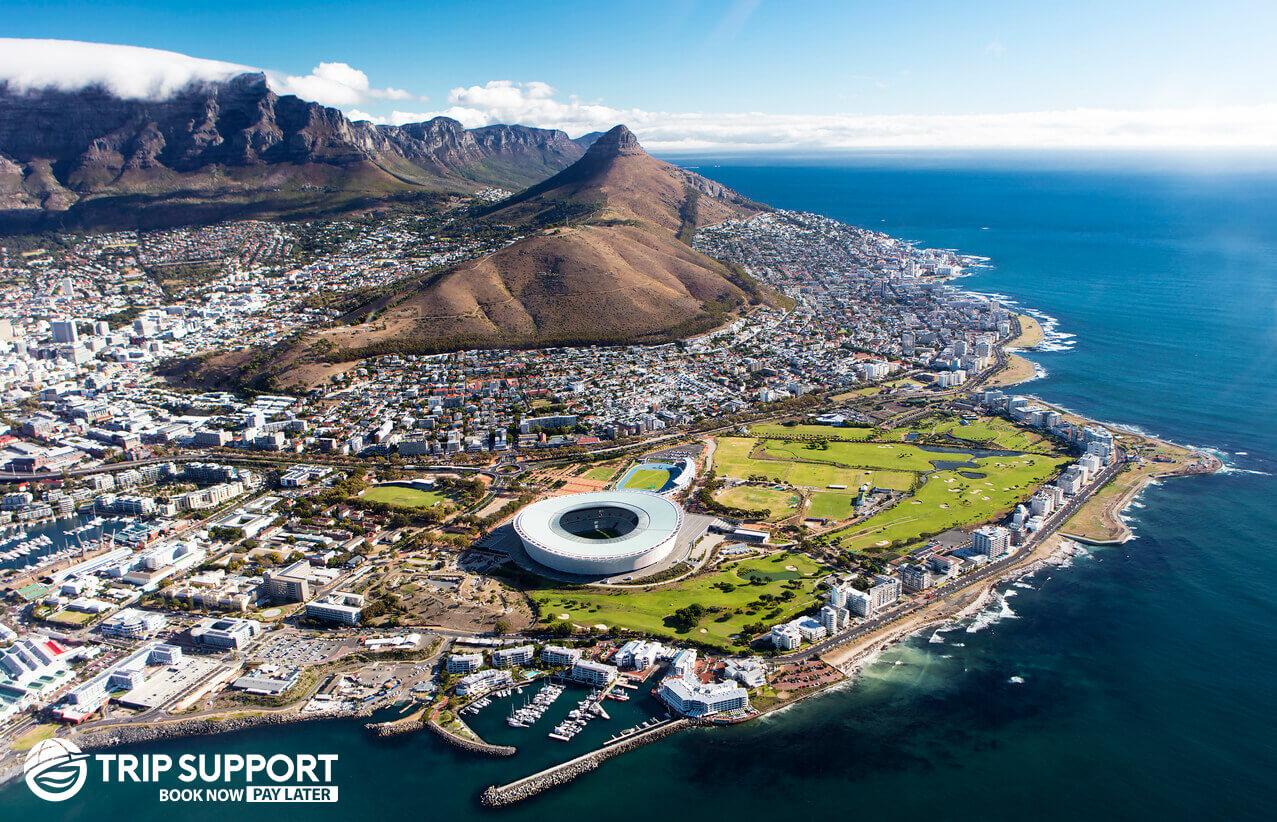 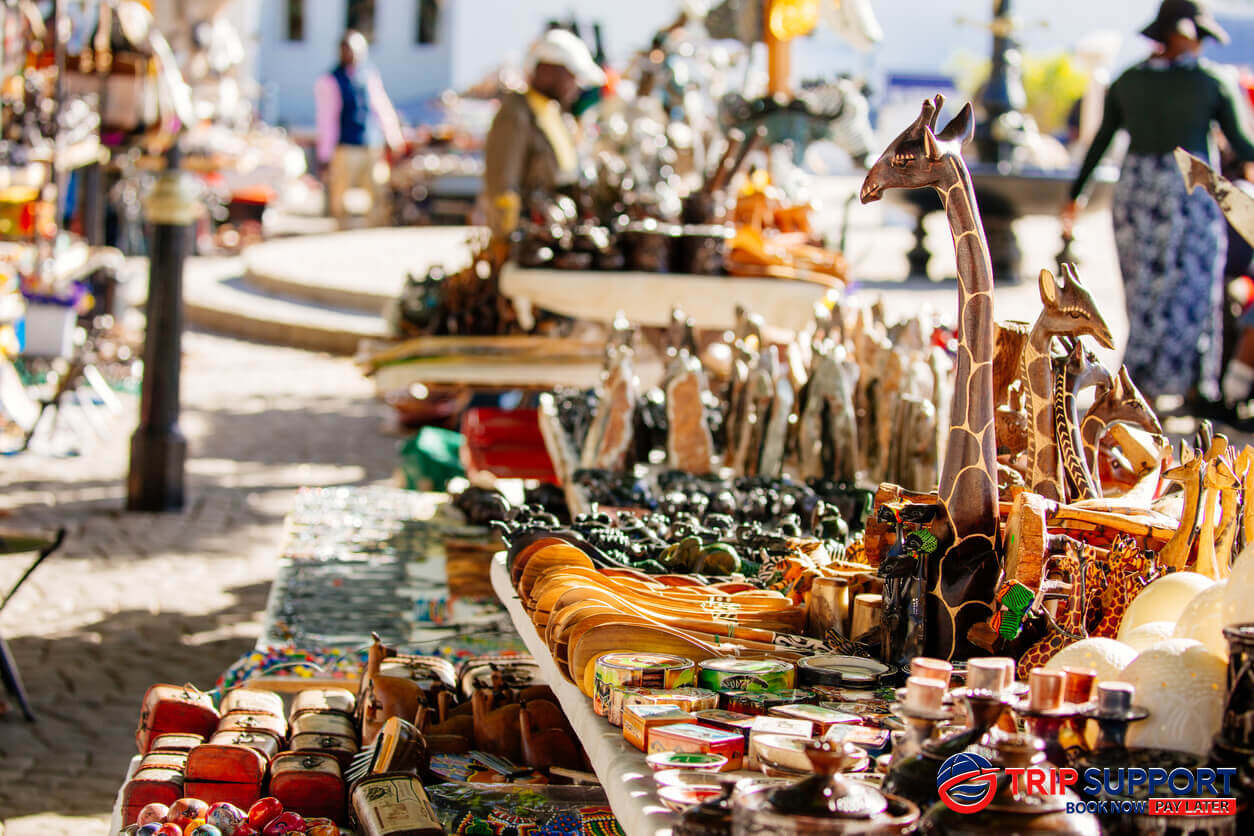 Cape Town is also called the ‘Mother City’ because it was the first site in South Africa, where Europeans set foot in 1488 and settled there. It is a historically relevant city, where the slave trade started. It is also home to renowned president Nelson Mandela, who was imprisoned on Robben Island. 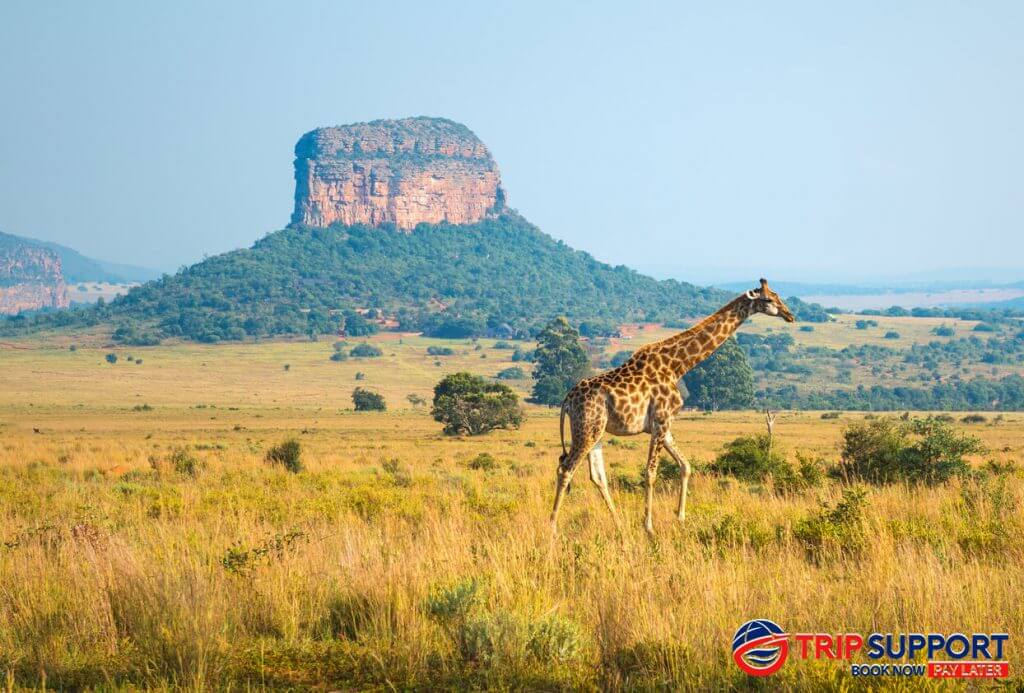 Today, Cape Town is the legislative capital of South Africa. It takes pride in its stunning nature, rich history, adventurous activities, top-class dining & winning, art galleries, hip bars, and wildlife. In terms of commerce and trade, the basic industries in the city are associated with food processing, winemaking, ship repair & maintenance, as well as manufacturing plastics, leather goods, and clothing. Sitting at Table Mountain feet, this little town has an urban edge and is worth a visit.

The Toronto to Cape Town distance is 13,094 km. So, if you are flying from Toronto, then it takes approximately 17 hours. The majority of tourists fly directly to the Cape Town International Airport because it is just a half an hour drive to the centre of the city. You will forget about the flight stress as you see the beautiful city situated between sea and mountain.

After Johannesburg, Cape Town is the second largest populous city. It is home to 49% of the Western Cape’s population. Cape Town’s metro area population in 2021 is approximately 4,710,000. The residents speak Afrikaans, Xhosa, and the English language.

A Portuguese named Bartholomeu Dias mentions the discovery of the Cape in 1488. In 1497, Vasco da Gama sighted the Cape when he was exploring a direct route from Europe to Asia. In 1652, Dutch East India Company sent its employees along with Jan Van Riebeck to establish a freshwater station.

The battles between 1795 and 1814 between the Dutch and British also affected Cape Town. After Cape Town became Great Britain’s capital its development escalated and it sped even more after the discovery of diamond and gold in the Transvaal region from the 1860s to 1880s.

Immigrants who rushed in search of diamonds and gold were trapped in the war. Britain won and British settlers forced the Dutch farmers inland as they set wineries in the valleys of Stellenbosch and Paarl. In 1910, Cape Town was the first capital of South Africa’s Union before it attained its existing status as legislative capital.

In the mid-1960s, after the implementation of apartheid in South Africa, more than 60,000 people were forced to leave the interracial District Six in Cape Town. This gave birth to the Anti-Apartheid Movement. Anti-apartheid leader, Nelson Mandela was imprisoned on Robben Island for some decades and was released in 1990.

In 1994, South Africa opened doors for worldwide tourists and since then it has been booming. All thanks to its stunning scenery and the redevelopment of Albert & Victoria waterfront as an entertaining precinct.

Cape Town experiences a Mediterranean-style climate. The summers are dry and warm, whereas winters are cool and wet. The average annual temperature is 17° with highs at 21°. Two currents influence Cape Town’s weather. The Agulhas warm current from the side of the Indian Ocean and Benguela cold current from the side of the Atlantic Ocean. Throughout Cape Town and its surroundings, the temperatures differ substantially. For example, the sea will be covered in a thick mist and you will not see the sun shining, whereas in Tamboerskloof there will be sun shining brightly in the sky. 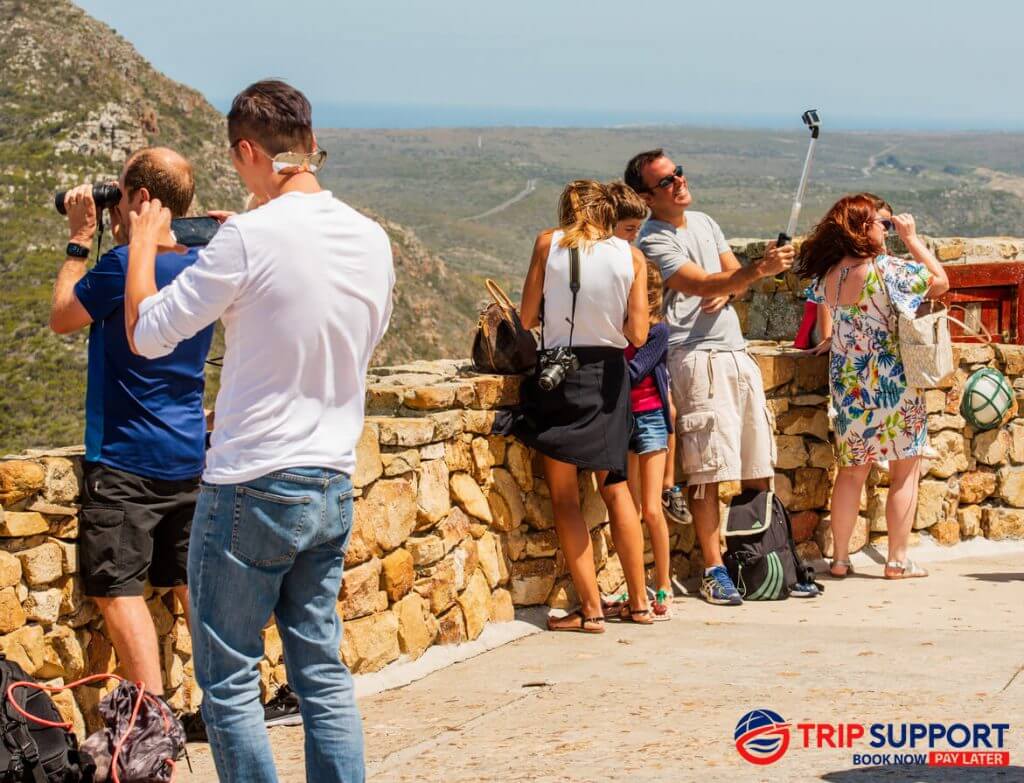 The climate of Cape Town is pleasant from October to April. From December to February, it is the peak summer season and you can book your Air Canada flight ticket to Cape Town to enjoy a memorable vacation. If you plan to add hiking then choose to go in the last week of April until early June because the sky is crisp and clear. July to September is the great whale-watching months when migratory whales are seen arriving along the coast. Cape Town is less busy during winter rainfall that is from June to August, but you can enjoy wine tasting and dine at the top-class eateries. 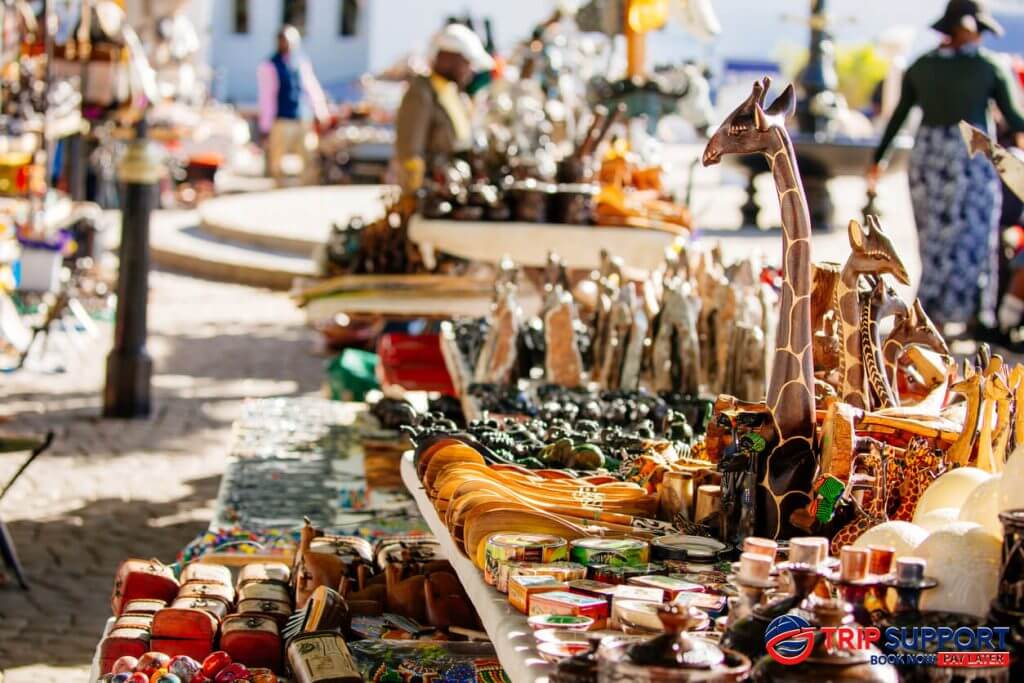 Trip Support is a reliable travel agency in Canada. We specialize in booking air flights, vacation packages, and multi-day tours. If you are looking for information about cheap flights then give us a call. We offer the ‘Book Now Pay Later’ option. Just check our Book Now Pay Later page to learn more!