Book Your Flight to Berlin Now and Pay Later 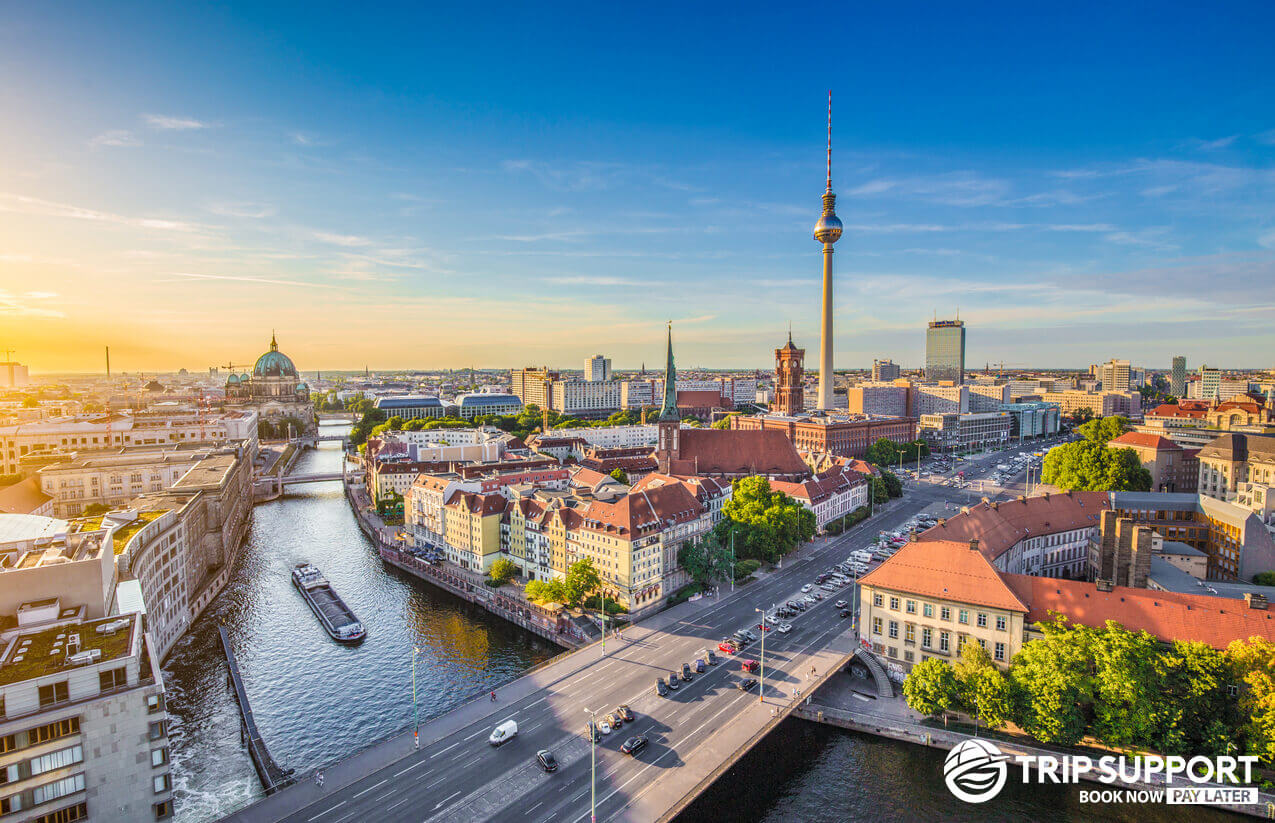 Berlin is a colourful city known for stunning churches, castles and museums and a history that dates back to the 13th century. Of course, you will indulge in some bratwurst and beer as you tour the capital of Germany, seeing all the wonderful sights.

German is the official language spoken, but many people also speak English. 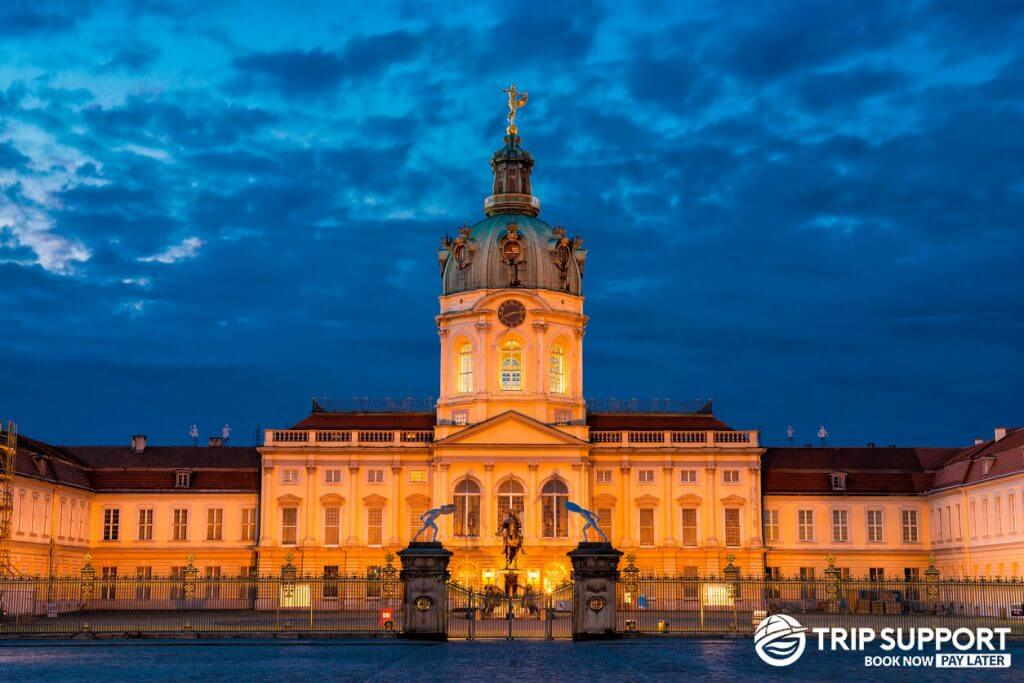 The best time to visit Berlin is in June as summer begins with nice temperatures and long sunny days. In the following months of summer, it tends to get crowded with domestic and international tourists who flock to the city buzzing with festivals and events all summer long. Also, room rates go up as summer reaches its peak.

Of course, the famous Oktoberfest starts in mid to late September for several weeks. The main celebrations happen in Munich, but in Berlin, you can be sure of a great time too. Berlin has a full festival calendar all year round and many travellers like to base their trip around catching a festival. Christmas is also a special time in Berlin, with Christmas markets and festive celebrations happening all over the city.

Very near Kurfürstendamm shopping street, the glam Provocateur Berlin offers accommodation inspired by Paris in the 1920s. If you ever wanted to sleep in a room all decorated in red velvet, this is your big chance. 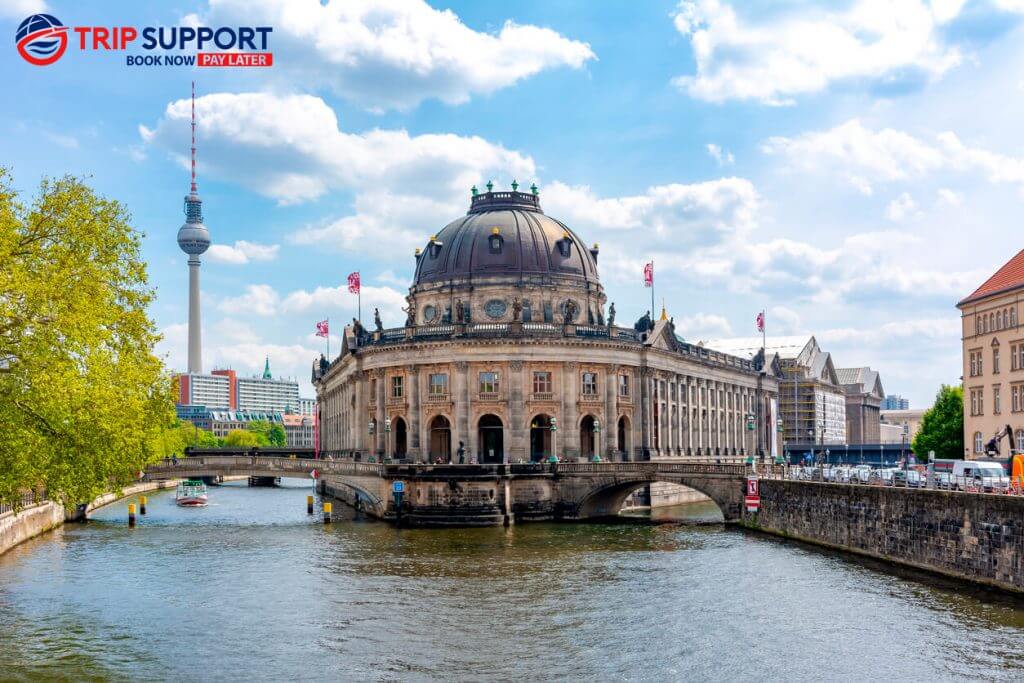 Another gem is the Max Brown Hotel Ku’damm that sits between the Wilmersdorf District and Charlottenburg. Rooms are modern and stylish yet homely feeling at the same time. They also have an in-house bakery with the best croissants ever with hot coffee, of course!

Hotel Oderberger is a beautiful boutique hotel inside an old bath house in the hip Prenzlauer Berg district of Berlin. They have preserved the historic pool and sauna, plus you can book a private midnight swim for something different. The decor is stunningly classic and chic.

Purchase a Berlin Pass before you start sightseeing for free entry and discounts into many tourist attractions and museums. The city has a rich history, so there are many cultural and historical sites to visit.

Museum Island is a complex of five museums on Spree Island and is considered one of the most valued museum sites in all of Europe by many historians. The UNESCO World Heritage Site includes museums covering ancient Egyptian times to Greek, Roman and Christian eras and more. Berlin Cathedral is also on the island.

Your days will be busy visiting iconic places like The Reichstag Building, a famous landmark and Parliament House with tours available. Nearby the Reichstag, you can see the Brandenburg Gate, a grand 18th-century neoclassical archway built on Prussian king Frederick William II’s orders during the Batavian Revolution. The glass dome is a much-photographed architectural detail of the beautiful building.

Between tours and walking around ancient sites, you can enjoy some traditional German food like currywurst, German sausage, Spätzleor potato pancakes. German food is hearty and comforting, with many types of bread, ham, sausages, cheeses, and pickles being served with many meals. 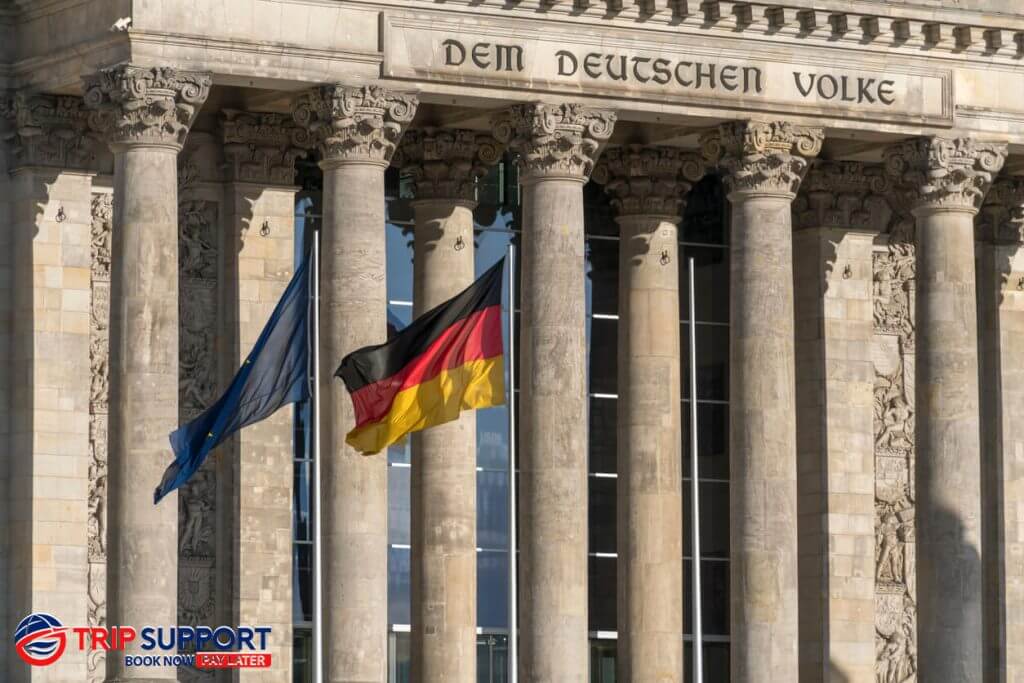 Charlottenburg Palace is the oldest palace in Berlin and has a tea house and stunning gardens to wander around. The Baroque palace was built for Sophie Charlotte, Queen consort in Prussia. The French Cathedral is beautiful and The Huguenot Museum is inside the church grounds. Opposite you can take in The New Church.

The city has many nice parks, with Tiergarten Park being the biggest in Germany and a lovely place for some fresh air and a picnic by a lake.

Checkpoint Charlie was the main crossing point between East and West Germany during the Cold War. Today the checkpoint display shows what it looked like. For an enchanting and entertaining night at the theatre, ballet or opera, you can buy tickets online in advance of the world-class shows at Konzerthaus.

Berlin is a vibrant and happening city, and you can often see events, live music and performances happening in random areas as you stroll around.

You can book now and pay later and go to Berlin in Germany with Trips Support. Get your pay later flight to Berlin by Trip Support today!