Book Your Flight to Aruba Now and Pay Later 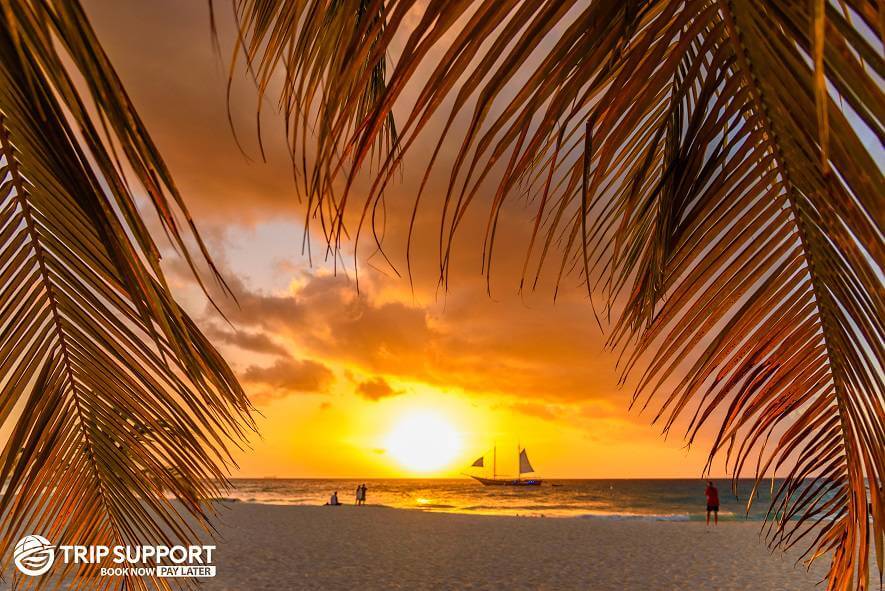 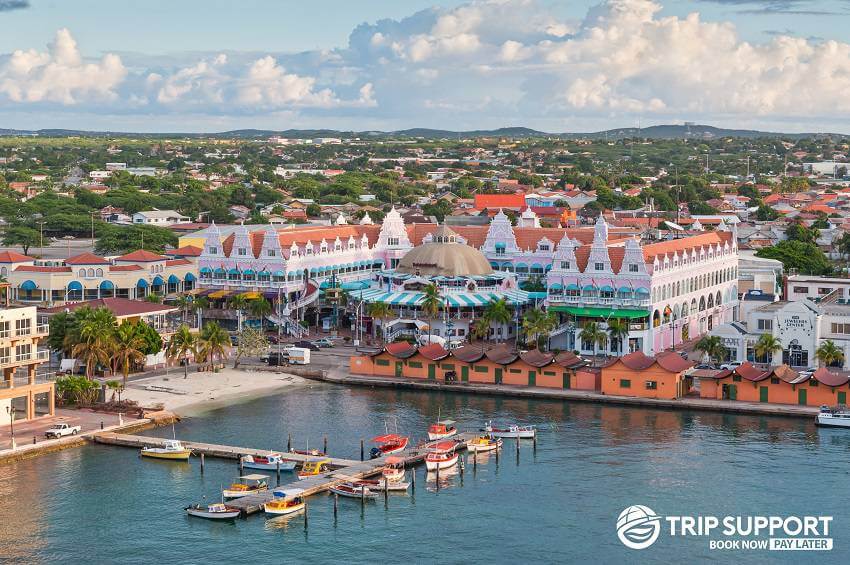 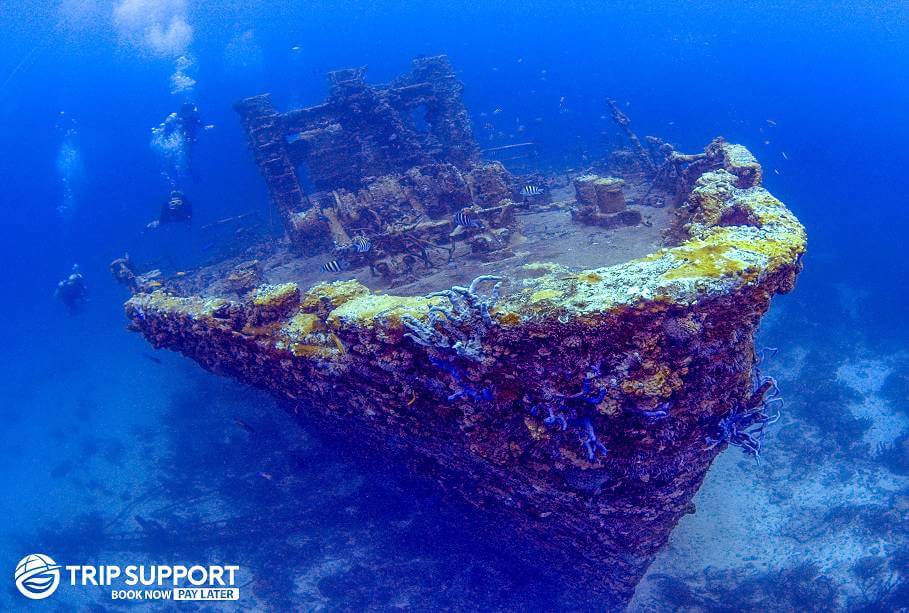 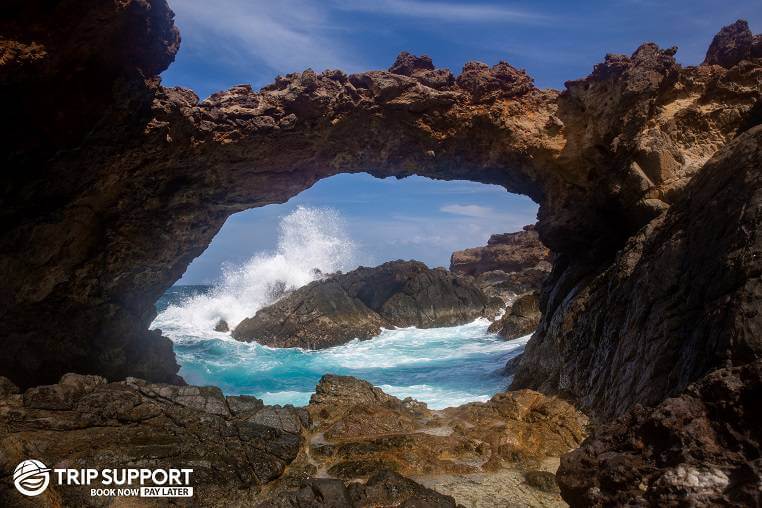 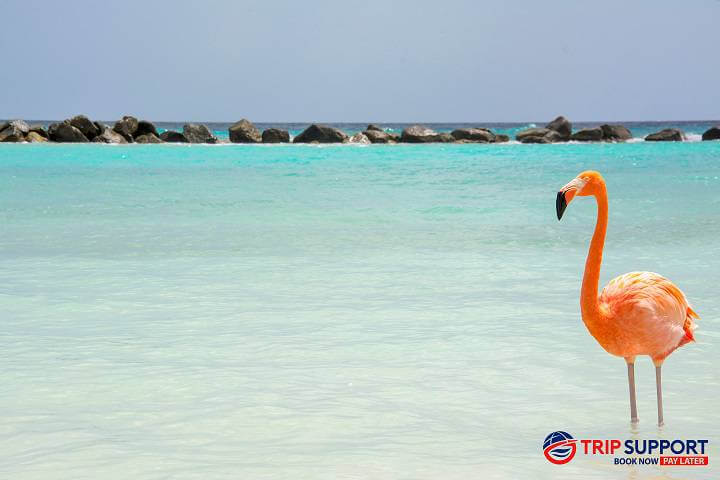 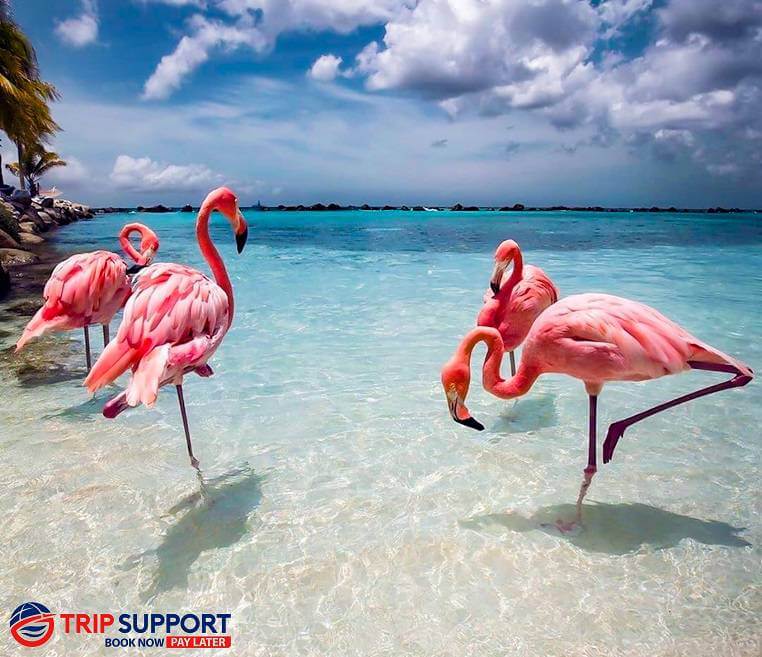 Aruba is a tropical island in the Southern Caribbean known for its impeccable beaches and amazing resorts with an abundance of all-inclusive and 5-star options. Aruba has been said to be one of the safest islands of the Caribbean with a low crime rate and steady tourism economy. It is part of the Lesser Antilles islands located near the coast of Venezuela. When it is clear, visitors can even see the coast of Venezuela.

Aruba is a constituent country of the Netherlands and sees many European visitors, US visitors, and South American visitors. There are worldwide flights into Aruba, as well as cruise ships that port for the day.

Aruba can have long periods of drought, which does not allow for a lot of vegetation. Instead, Aruba is known for its white sand and incredible beaches. Its world-famous beach, Eagle Beach, has been called one of the best beaches in the world by TripAdvisor, Earthtrekkers, and more. This has made a sought-after travel destination for honeymooners, retirees, families, and those looking to unplug on the beach.

With Book Now, Pay Later you can plan your vacation to one of the best beaches in the entire world.

The culture is a mixed pot of indigenous culture, Spanish culture, and even Dutch culture since the island is a constituent country of the Netherlands. Because of this, they celebrate a variety of holidays from Halloween to Carnaval. Carnival features many celebrations, parades, and epic parties.

Weather and season time to visit the city

Aruba’s average temperature is 82 degrees Fahrenheit (28 degrees Celsius) year-round, making it the perfect beach getaway any time of the year. There is a constant wind pattern that keeps the island cooled down too. It is located south of where Atlantic hurricanes travel, so it is safe from downpours and a rainy season, In fact, it can have long periods of drought which is why there is not a lot of vegetation.

Things to do in Aruba

Aruba is most known for its pristine beaches, but the island offers a wide variety of tours and activities for the whole family from shopping districts, spas, museums, events, casinos, and nightlife.

There is a national park on the east coast of the island called National Park Arikok that is filled with caves, Indian petroglyphs, and volcanic rock formations. Inside the park is the highest point on the island called The Jamanota hill.

The largest city is The oldest town on the island is called Savaneta and is nearby San Nichols which is the second-largest city. Nearby are beaches popular for windsurfing and kitesurfing.

The west coast of Aruba is where most guests stay, as it is abundant with white sand beaches and all-inclusive resort options. This is where Eagle Beach is located, which has been repeatedly named one of the best beaches in the world. This is also where the capital city Oranjestad is located.

The north coast of the island is known for strong wind currents, strong winds, and sand dunes. Swimming in the strong currents of the North is not recommended. There are still some great sites to see on the north such as the California Lighthouse, Alto Vista Chapel, Bushiribana Gold Mine Ruins the Natural Bridge, and the Natural Pool.

The west coast of Aruba is where most of the all-inclusive resorts and big hotels are located. The Renaissance Resort Hotel & Casino is a top-rated pick for its immaculate pool and a large casino. The Bucuti & Tara Beach Resort is another top choice that includes breakfast. Many of the resorts have beautiful options for weddings and celebrations too.

Aruba has amazing beachfront restaurant options featuring fresh seafood and even Aruban traditions. There are great options for sunset dinner boat rides which are popular for tourists.

Your dream vacation is just a few clicks away with Book Now, Pay Later. Enjoy one of the best beaches in the world with no credit check and zero interest. Take advantage of Trip Support to make your Caribbean dreams come true.