Book Your Flight to Bologna Now and Pay Later 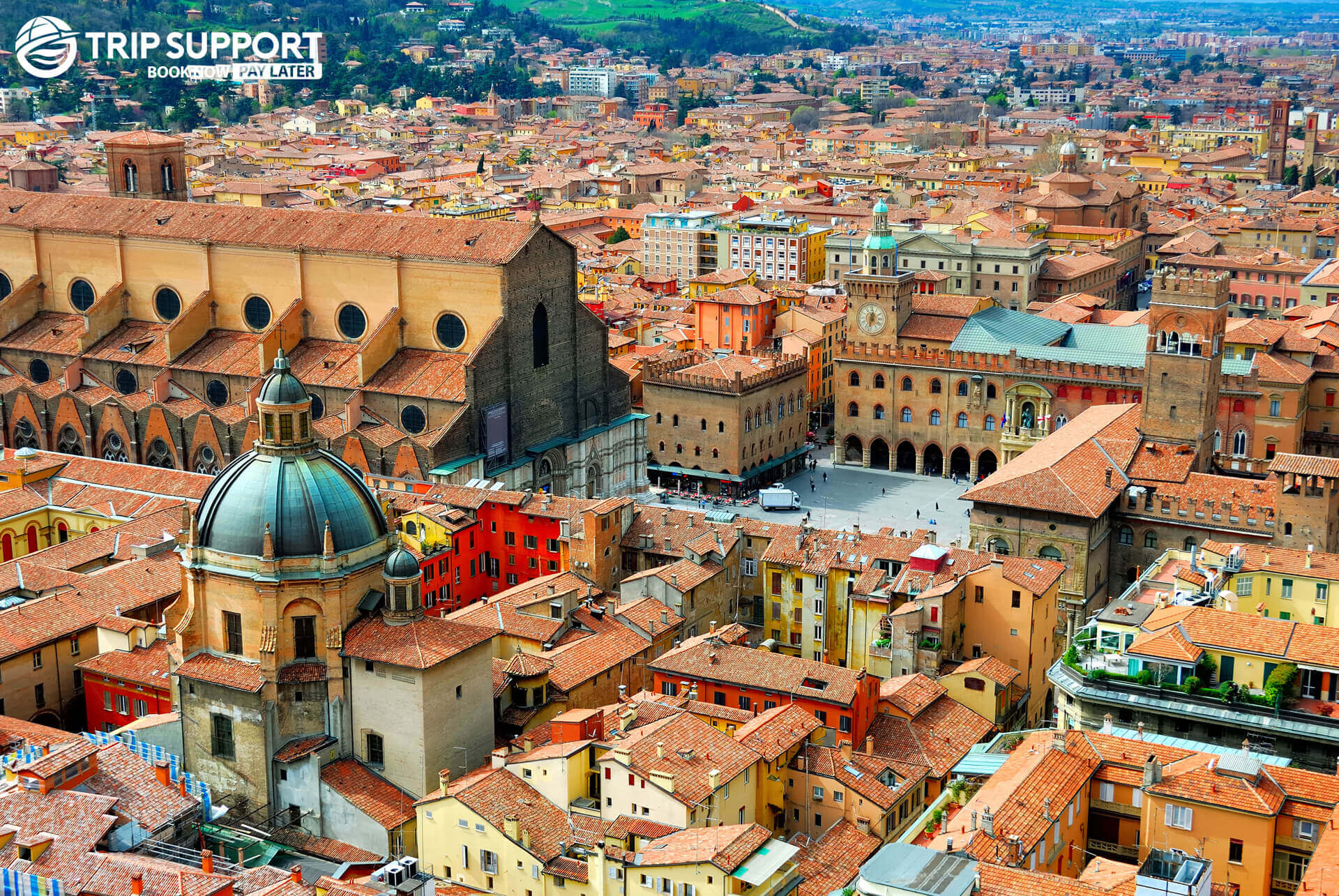 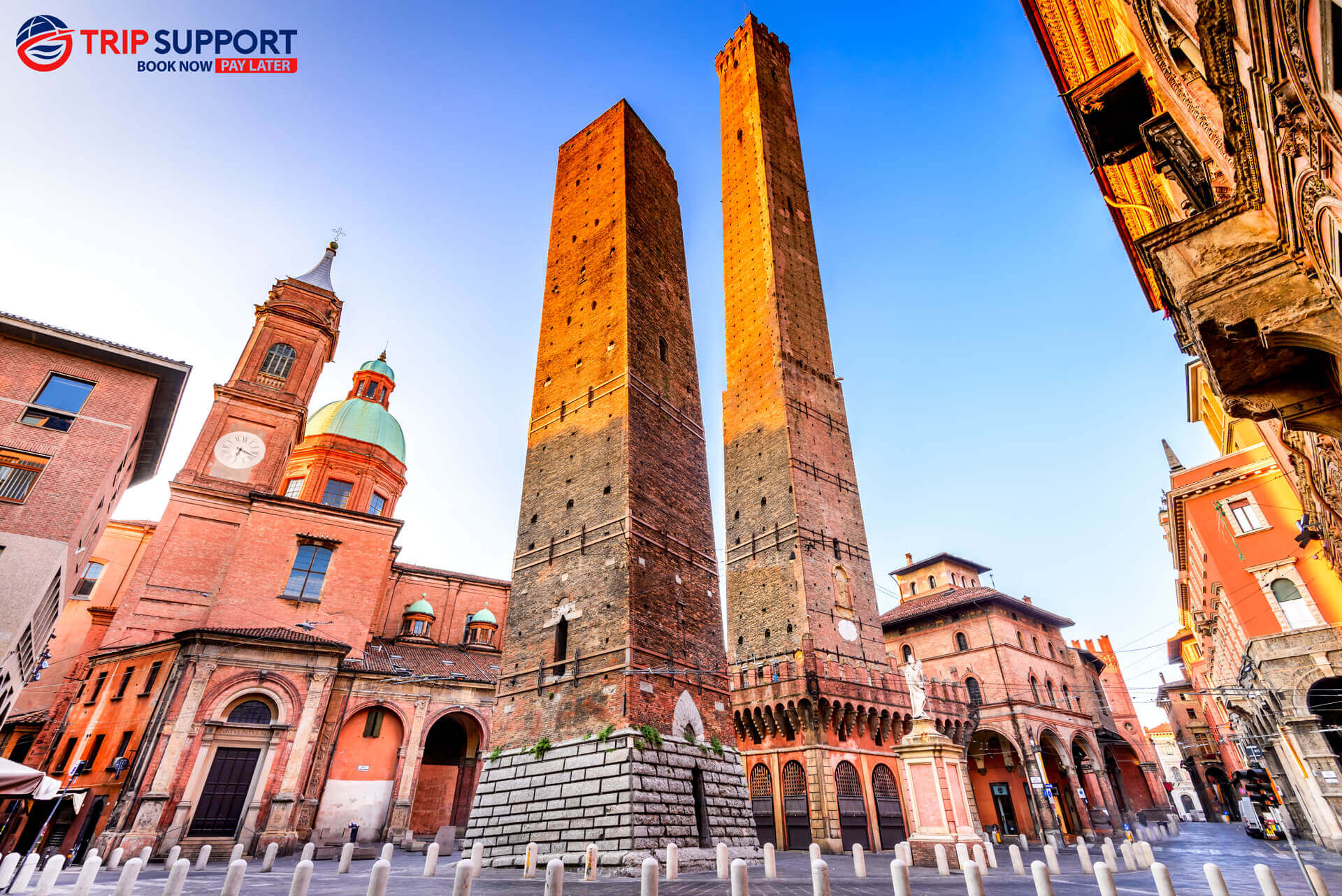 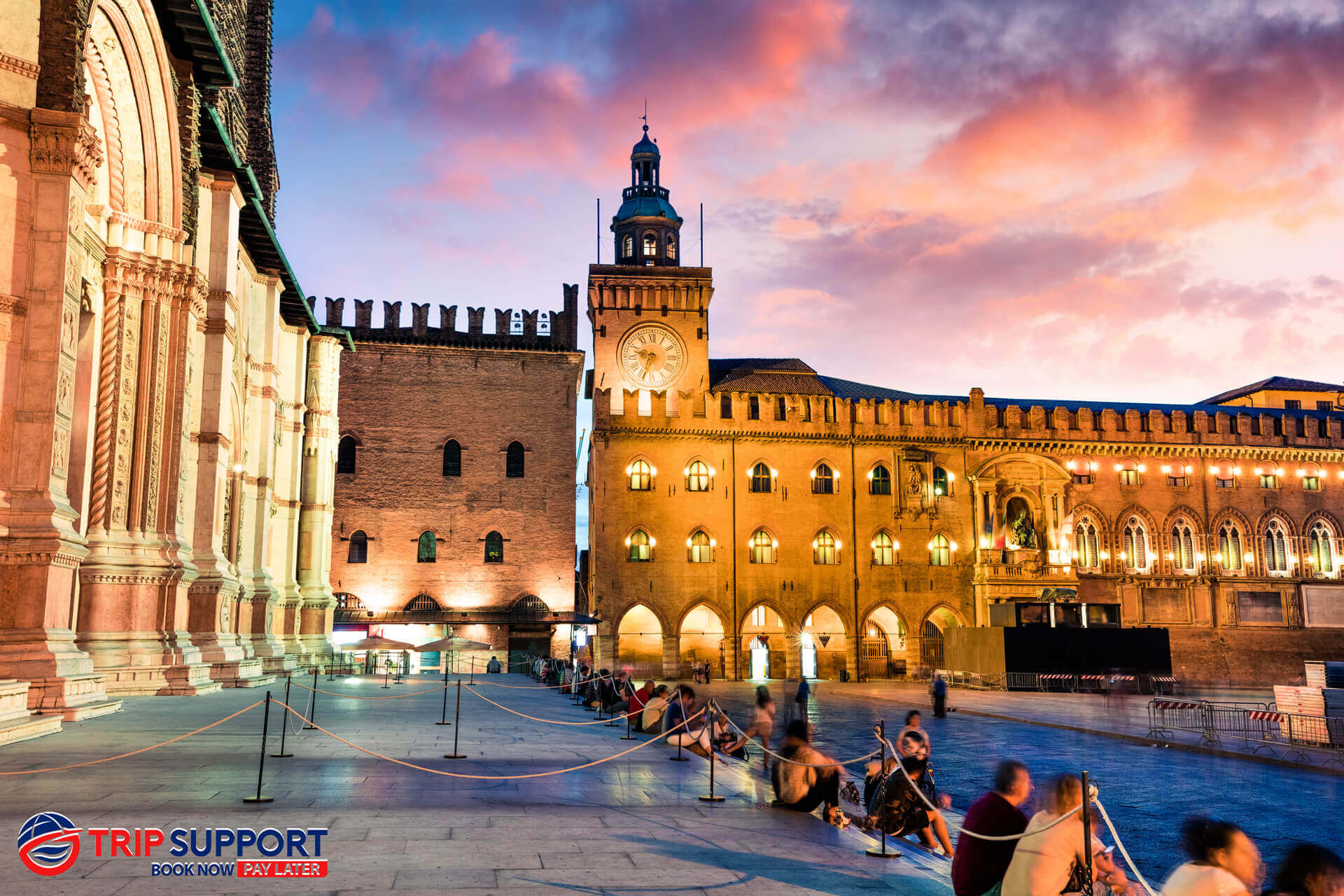 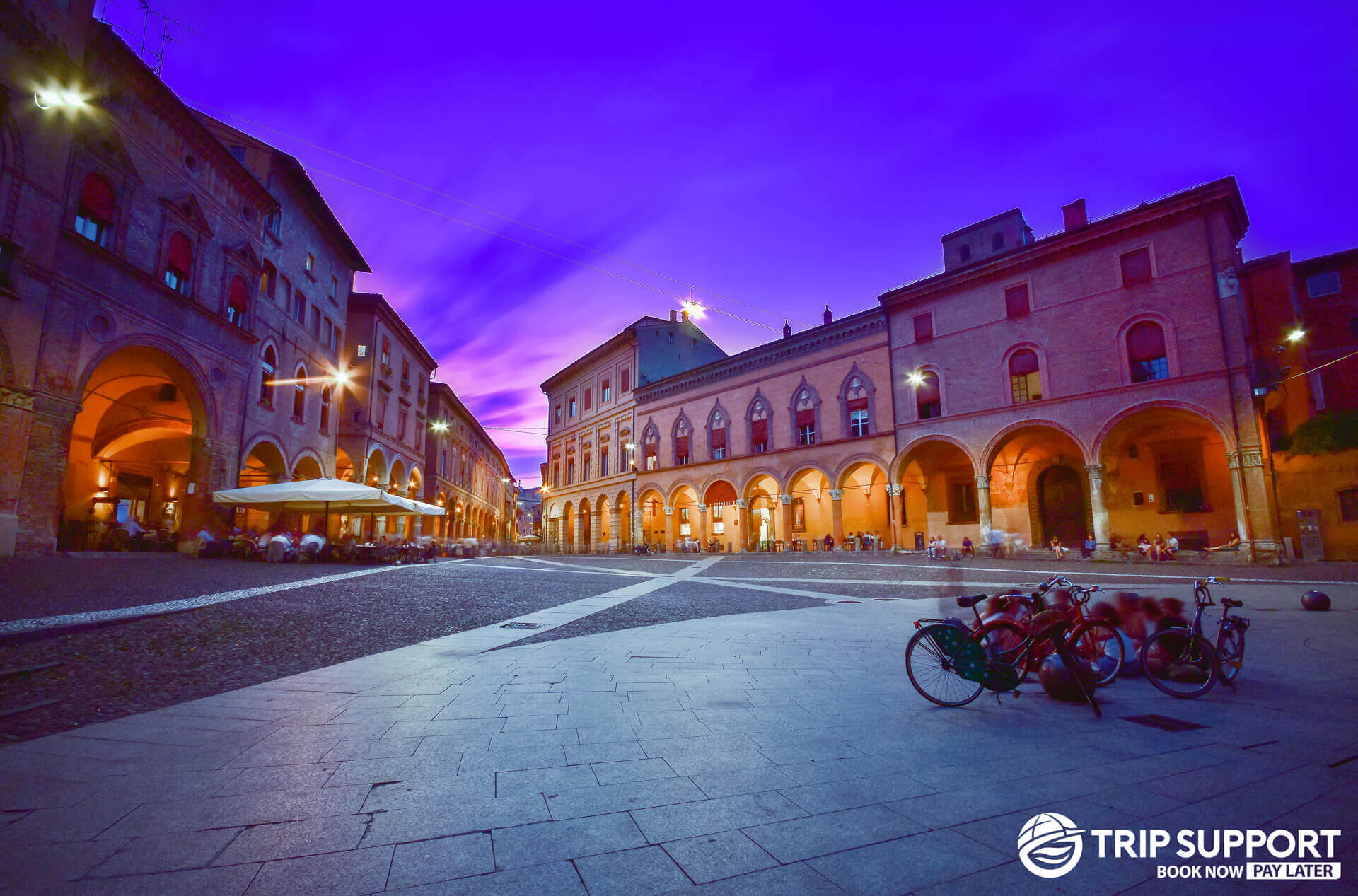 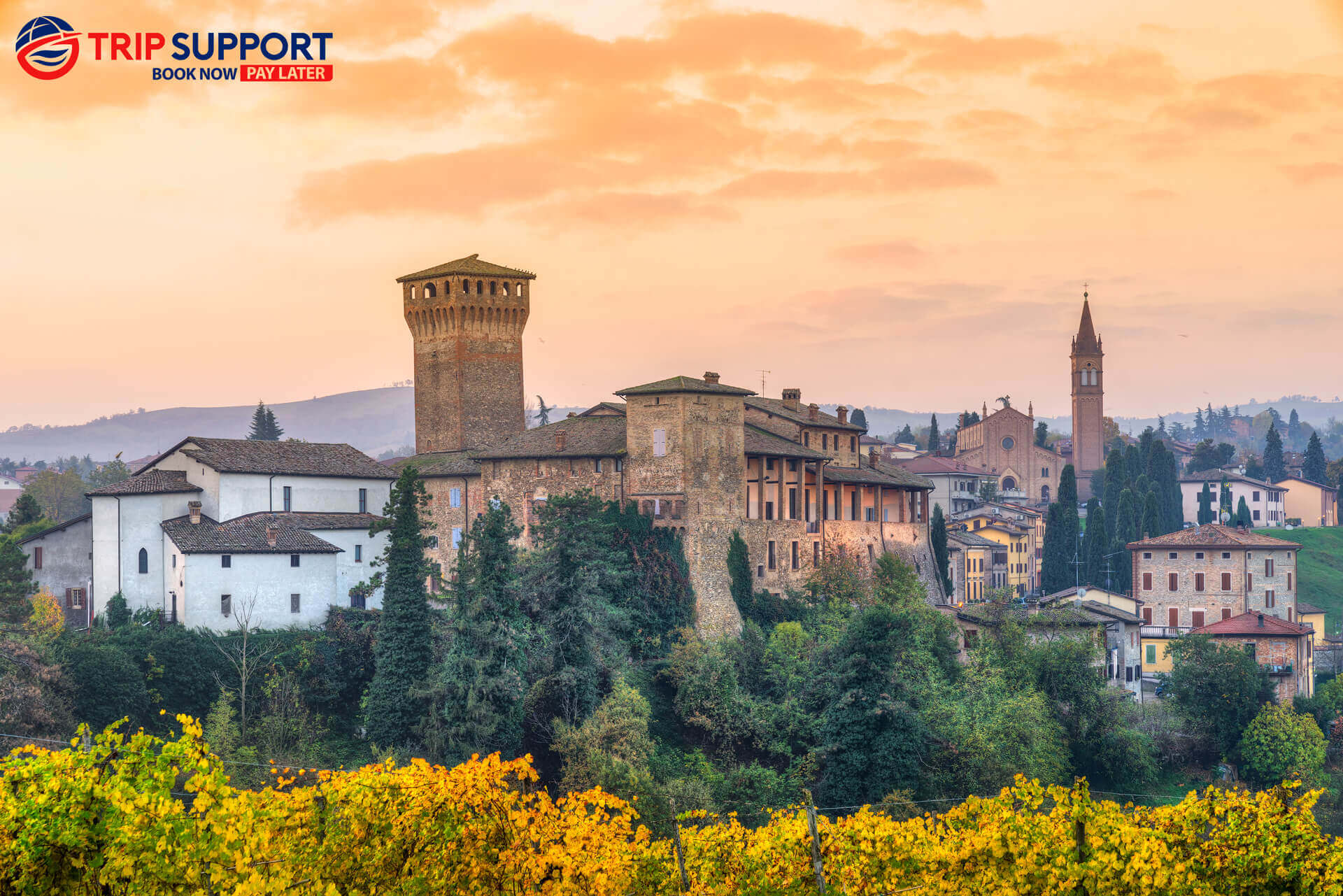 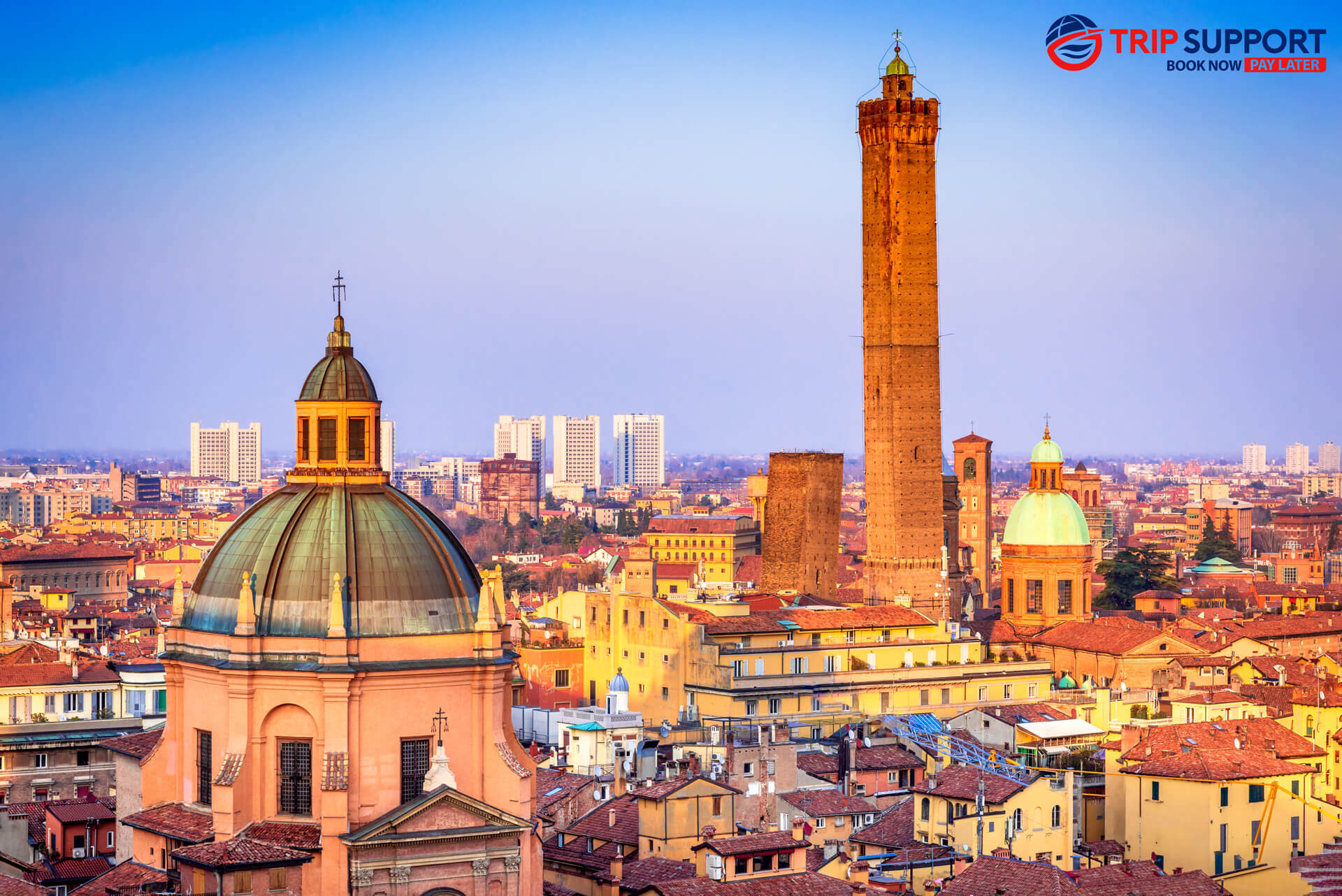 Bologna, the vibrant capital of the Emilia-Romagna region in northern Italy, is a wonderful medieval destination. University locations are always lively, and Bologna is home to the oldest university in the world, the University of Bologna, founded in 1088. The student population keeps the nightlife and arts scene happening.

Tourists often overlook Bologna in favour of nearby cities like Venice, Milan and Florence. Bologna shouldn’t be missed and has a lot to offer in terms of culture, history and sightseeing opportunities.

Most months are nice times to visit Bologna except July and August. Those months are sweltering and many shops and hotels close.

Keep this in mind when you book your flight to Bologna from Toronto. You will jet into Bologna Guglielmo Marconi Airport. There are many great Air Canada flights to Bologna in Italy and other fantastic European destinations.

Staying in the city’s historic centre is as charming as it gets and within close distance to all of the interesting sites.

Grand Hotel Majestic Gia Baglioni is the oldest and most prestigious hotel in Bologna. You will be living in the highest style during your stay at the hotel. You can expect elegant rooms decorated with frescoes and antiques. Of course, exceptional service is all part of the deal.

Hotel Metropolitan is a modern 4-star hotel near the main shopping district. Rooms and suites are comfortable and stylish. Just a short walk from the hotel you can see many interesting sights and attractions including shopping and nightlife.

Art Hotel Orologio impresses guests with classic and cozy rooms and great service. The hotel gives you a free bike rental to help you get around the city. Your stay at the art hotel in Bologna will be memorable and relaxing.

The Piazza Maggiore in the city centre has many important buildings including the Palazzo d’Accursio, the Palazzo del Podesta, the Basilica di San Petronio and the Palazzo Comunale. Nearby you will find the Piazza del Nettuno and the famous Fountain of Neptune. Sometimes you can see open-air movies and concerts at the central square.

Bologna’s leaning towers are called Asinelli and Garisenda, and both towers are named after important Italian families. Asinelli is 97.2m tall and was once a prison. Garisenda is 48m with a pronounced tilt and overhang of 3.2m. You can climb the towers that remind everyone of Pisa’s leaning tower to see excellent views of Bologna and beyond.

San Petronio is the 10th largest church in the world and is a beauty you must see. The Gothic church was built from1388 to 1479 but wasn’t properly finished. The interior of the sacred site, which is dedicated to Saint Petronius, the patron saint of Bologna, is stunning. The Basilica of San Petronio’s terrace is an excellent place to grab that photo of the scenic view over the city.

Construction on the lovely church Santuario di Madonna di San Luca started way back in 1194, but it wasn’t completed until 1765. This church is perched on the peak of the Monte Della Guardia, with excellent views of the city. The stunning Baroque church features a central basilica and has beautifully detailed frescos depicting important religious scenes.

On a modern note, there is a lot of street art in Bologna. Look for brick walls adorned with contemporary artwork and eye-catching murals. If you find that appealing, you might also like The Museo d’Arte Moderna di Bologna or MAMbo. The museum of modern and experimental art has an impressive collection of artwork with permanent and visiting exhibits on display.

Not far out of the city area of Bologna, you will find the aqua park of Villaggio della Salute Più. In winter, the spa and sauna are a nice option to warm up, although any time of the year is nice. Don’t miss the healthy lunch options at their agriturismo.

Many call Bologna the culinary capital of Italy, and when you hear the term Bologna la grassa, it means Bologna the Fat. The central market in the Quadrilatero district is one of the biggest in Europe, with a massive selection of food, including fresh cheeses, meats, fruits, vegetables, dairy and baked products.

Some dishes to try in Bologna are tortellini in brodo (meat tortellini in broth), tagliatelle al ragù (pasta with meat sauce) and lasagna. For dessert, indulge in Zuppa Inglese (a colourful cream cake) and mascarpone. We recommend a food tour so you can sample the local food and learn about the food culture in Bologna soon after you arrive.